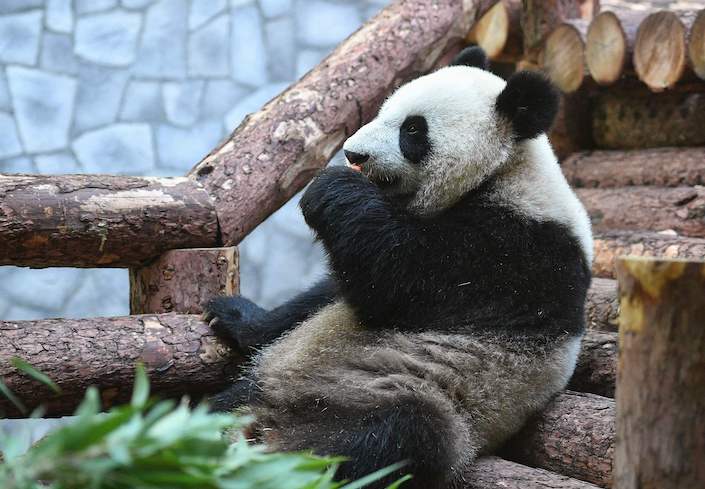 The budding romance between China and Russia is reaching new heights.

Forget about their newest agreement to “upgrade their relations to a comprehensive strategic partnership of coordination for a new era,” which was announced Wednesday by the Xinhua news agency.

For local people, there may have been more interest in the latest headlines coming from the zoological front, which have China bestowing a pair of pandas on the Moscow zoo. According to English website of Russian news outlet RT, the gift makes Russia just one of 18 countries globally to host the cuddly creatures, which typically become instant celebrities at any zoos where they reside.

The pair, named Ru Yi and Ding Ding, were actually given to Russia at the end of April but made their formal debut this week on a visit to the country by Chinese President Xi Jinping, Reuters reported. The pair are on loan to Moscow for 15 years as part of a research program.

Pandas are one of China’s most recognizable symbols, and lending of the animals to zoos around the world has become a common act of goodwill to other countries, leading some to call the practice “panda diplomacy.” One of the earliest such acts came following Richard Nixon’s famous trip to China in 1972, after which the U.S. was given a pair of pandas that resided at the Washington zoo for decades until their deaths.