Sheng: Forget the Trade War, U.S. Attacks on Huawei Are a Brand War 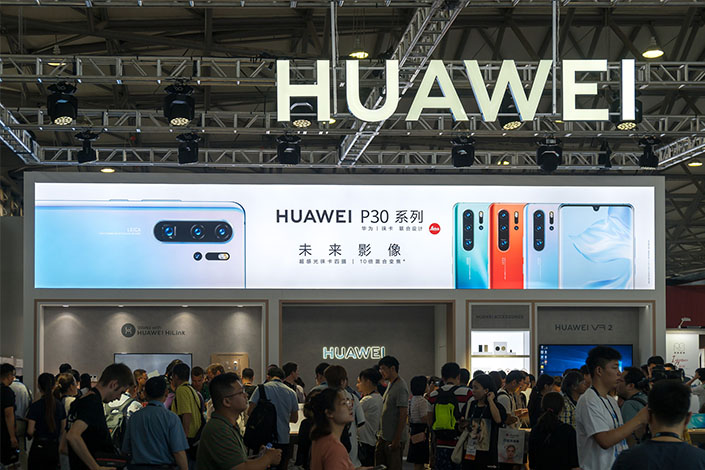 The Huawei booth at the Consumer Electronics Show Asia in Shanghai on Tuesday. Photo: VCG

As trade war negotiations reach the one-year mark without agreement, the consensus is that the U.S. and China are in it for the long haul when it comes to competition over technology. The U.S. even thinks it is a clash of civilizations. Which will end up as the leading technology and knowledge economy in the 21st century?

Consumers of Huawei products agree that they are innovative, reliable and useful. Global users of Google like its search services and also the whole suite of products that support each other. So if you are happy with one product, you buy the others, because you trust the brand. But Google knows more about its customers than even the government!

Consequently, the tactics used against Huawei are expressed in terms of national security, but actually they are aimed at the Huawei brand, arguably the best Chinese brand globally.

Why is brand so important? It’s all about emotion and trust.

Branding is a simplification of complexity. Human beings face uncertainty every day. In the end, we use rules of thumb to make decisions under uncertainty.

For example, most retail investors buy shares not because some expert says that this particular share will go up, because he or she has no idea what the company does or what the risks are. Most investors listen to their friends and decide accordingly. If the friend gives a good tip, follow him. If the friend made a mistake, think again.

Thus, everyone understands that the reputation of a person, a company or a country is key to trust.

Apple became successful because it was not selling a phone, but an ecosystem of products and services.

Huawei started with infrastructure and integrated backward to consumer products. Because of this, Huawei is now at the cutting edge of providing ecosystem services from both consumer products at the mass retail level, but also the 5G infrastructure that enables user-friendly, fast, speedy and reliable products and services. This is a bigger brand footprint than what Apple, Google and other American tech companies can produce. And Huawei went for the low-middle income market first, rather than the high end.

Once a company gains ecosystem advantage, it will become very difficult to dislodge. This is how leading brands get their competitive edge. Japanese products in the 1950s were cheap and poor quality. Today, few people question the quality of “Made in Japan” brands, just as they are willing to pay huge premiums for top European fashion brands.

Most brands are today damaged by bad corporate governance, after the producers get too greedy. Chinese milk products suffer from toxic additives. German car manufacturers suffered because they conspired to trick emissions tests. A Japanese airbag manufacturer suffered because of mishaps with their products. Dolce & Gabbana faltered because of their advertising missteps. And more recently, Boeing 737 Max 8 jets crashed twice, apparently because of software defects that should have been reported to pilots using the aircraft.

You use a product because you trust it. Brand America has suffered considerably since the election of Trump, who uses a unique style of daily tweets and constant verbal attacks against friends and enemies alike. Corporate America supports Trump’s views because they think that they can open up China’s markets through these strong-arm tactics. About one-third of the sales of the top 25 of S&P 500 companies come from selling products inside China, many of which are manufactured and sourced in China itself. Hence, these do not get reflected in trade statistics, which measure only products that are shipped across borders.

This is a brand war that America cannot afford to lose. So the strategy is to try to destroy the Huawei brand. It is no coincidence that Huawei is the leading Chinese brand at the global level. But every tool is a double-edged sword.

A trade war has many fronts, but the Americans have started using a specific tool that was learnt from their “war on terror,” that is, to follow the money and target specific persons and individuals that are critical hubs in the specific network. This was conducted under the pretext of national security. Thereafter, anything can be done in the name of national security.

Notice that the specific charge against Huawei is about spying. But in the age of digital information and big data, anything that collects information, with or without the permission of the individual, can be construed as spying. If a phone or infrastructure can be construed as “facilitating spying,” then all American phones, Japanese cameras and European telecom infrastructure, indeed any product, can be accused of being used for spying.

The spying charge actually tries to smear the competitors’ image, but it does not mean that your own product’s quality is enhanced. What all non-American corporate leaders understand is that if the tactic works against Huawei, then all of them — European, Japan and emerging market brands — may be subject to the same sanctions and risks. Furthermore, if the country retaliates with the same tactics, then your company’s personnel will also be subject to these risks in an escalating fashion.

This has increased the risks and costs of doing business considerably, and they’re now significantly higher than the level of tariff increases.

The biggest defect of current Western economic thinking is that it does not consider second, third and other orders of feedback. If there are negative side-effects, the first action can be eroded and over time, and the costs will far outweigh the gains.

What American businesses need to understand is that the tactics used by the Trump Administration are undercutting Brand America. And all the pressure on Huawei will spur Chinese brands to improve their quality, resilience and durability.

Transcribing the Analects in modern terms, “Tweets destroy virtue, and if you cannot tolerate small offences, you lose the big war.”