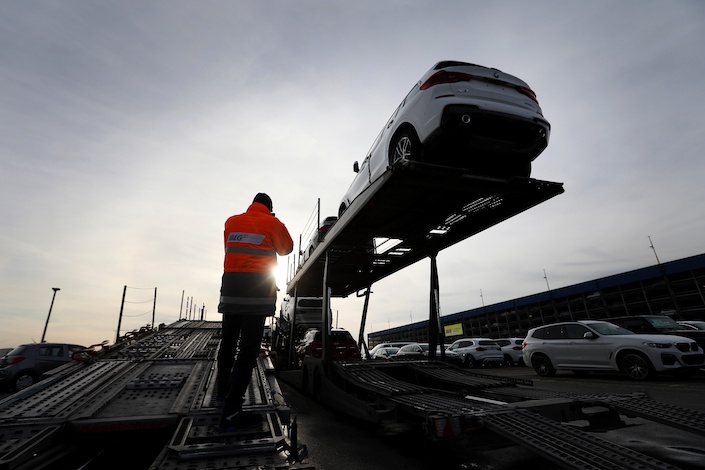 BMW AG reported a 33% sales jump in China during May after a shift to local production of its X3 sport utility vehicle boosted deliveries, defying a year-long pullback in the world’s largest automotive market.

Making the X3 locally helps avoid a 15% Chinese tariff on cars that were previously shipped from BMW’s Spartanburg plant in North Carolina. The move also reduces the risk to the German automaker should trade tensions lead to additional levies. Last year, China temporarily raised tariffs on U.S.-made cars to 40%. BMW said those measures cost it 300 million euros ($338 million) in profit.

Higher sales in China lifted overall BMW deliveries by 4.6%, outpacing premium rivals Mercedes-Benz and Audi, which have struggled with model changeovers and a steep decline in the Chinese market after almost three decades of growth. Sales of Audi, owned by Volkswagen AG, fell 7.4% in China and 5.4% overall. For Daimler AG-owned Mercedes, May sales fell 0.9% in the country and 1.3% overall.

BMW is in a battle with Mercedes-Benz for leadership in the luxury segment, with a goal of regaining the top spot globally by next year. For the first five months of 2019, Mercedes has sold 66,000 more cars. Still, BMW has closed the gap, with sales rising 1.6% for the first five months, compared with declines of 4.7% for Mercedes and 5.8% for Audi.