By Zhang Yukun and Mo Yelin 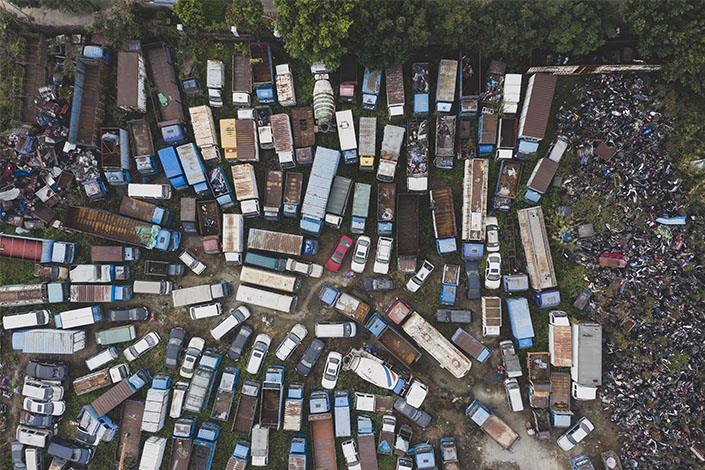 A long-awaited but disappointing stimulus plan to boost auto consumption indicates that new measures won’t be adopted by government to turn around the country’s sluggish market, a top official at a government-backed industry group said.

The plan — announced early this month — included no new spending from the central government and departed from previous signals that it would roll out details to promote purchases of big-ticket items, including cars.

The meaning of the final policy is clear, said Shi Jianhua, a deputy secretary general of the China Association of Automobile Manufacturers (CAAM). The government won’t intervene in the future to “rescue the market.”

After decades of rapid growth, the world’s largest car market has stalled in the slow lane. The first annual decline in sales in 28 years was posted last year. In May, sales fell to 1.91 million vehicles, down 16% from a year earlier and the 11th consecutive monthly drop, according to statistics released by the CAAM on Wednesday.

Amid sluggish market demand, the government has signaled since early this year its intention to prop up the industry. A policy announced in January said car consumption in rural areas would be promoted. It spurred speculation of an imminent large-scale subsidy program to aid farmers, a measure used to boost similar market slumps in the past.

The measures listed in the final policy earlier this month, however, have been a disappointment for both consumers and automakers, Shi said.

For example, a previous draft in April proposed that cities with restrictions on car purchases should increase the quota by 50% this year and double it the following next year. The final policy, however, made no mention of this. Also, the proposed 50% tax cut for farmers to purchase some types of vehicles in the same draft was also left out of the final policy, which only said that local governments were encouraged to offer unspecified incentives.

But CAAM’s Shi said fiscal intervention by government wouldn’t be good for development of the industry. He said such incentives just borrowed future market demand instead of increasing it.

Some analysts have predicted the rate of car sales would pick up in the second half of the year. However, new emissions standards set to take effect next month weigh on the prospect. The State VI emission standards were initially planned to take effect in July 2020 but the deadline was move ahead by a year.

As of last month, as many as 3 million cars that do not comply with the new standards are sitting on dealer lots across the country, according to the China Automobile Dealers Association (CADA). That amounts to an estimated 500 billion ($72 billion) yuan in inventory value that dealerships must unload before the new standard takes effect and makes it illegal to sell them.

This story has been updated to further detail the proposed policy changes in the previous version of China’s stimulus plan.