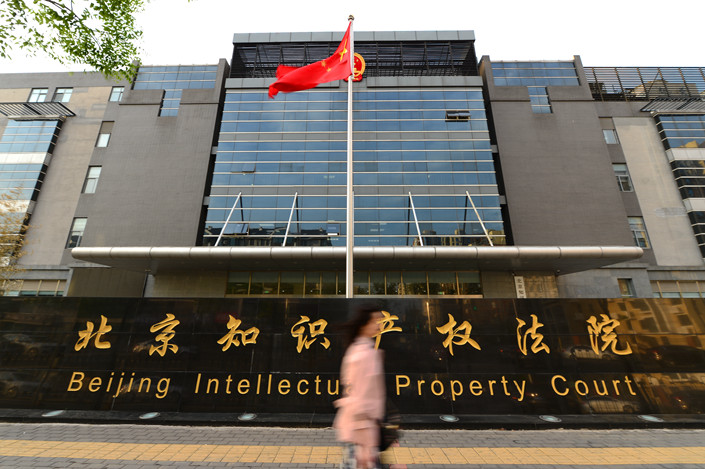 Competition for global technological dominance between China and the U.S. is one of the key causes of the trade war. U.S. grievances against China include insufficient intellectual property (IP) rights protection, forced transfers of technology and cybertheft. Note that none of these grievances have much to do with trade per se.

IP protection on the Chinese mainland has actually been vastly improved since special IP courts were set up in Beijing, Shanghai and Guangzhou in 2014. Economically meaningful fines have begun to be levied on violators of IP rights in China.

Both Japan and Taiwan in their early stages of economic development did not do much to protect IP rights either. But as they changed from being a user and imitator to a creator of IP, they began to enforce IP rights vigorously.

IP protection in China should get even better over time. Today, China grants the largest number of patents in the world, at over 300,000 a year. And Chinese inventors and discoverers, just like their foreign counterparts, will want their IP rights protected.

The way forward is to step up enforcement action in and by Chinese courts, through lawsuits filed by the victims against the perpetrators.

Forced technology transfers have to do with the Chinese requirements that foreign direct investors in certain industries take Chinese enterprises as equal (50-50) joint-venture partners. However, sharing technology in a joint venture is a voluntary one. The foreign direct investor will have to weigh the benefits of having a local joint-venture partner versus the costs, which may include the sharing of the technology.

In any case, the technology used in the current manufacturing process is probably already on the way to becoming obsolete. What is more valuable is the next-generation technology that has yet to be implemented. This is what the foreign direct investor can still maintain as its own in its home factories and laboratories.

Forced transfers of technology are in any case fast becoming a moot issue because of recent Chinese liberalization measures, including the abolition of the joint-venture requirement. For example, in the automobile manufacturing industry, Tesla Inc. of the U.S. has been able to establish a wholly-owned subsidiary in Shanghai to manufacture electric cars; Germany’s BMW AG has been able to increase its ownership stake in its China automobile-manufacturing joint-venture to 75%; and even though it is now possible for the U.S.’ General Motors Co. to buy out its Chinese joint-venture partner, it has indicated that it does not intend to do so. Allianz SE of Germany and Chubb Ltd. of the U.S. (based in Switzerland) have been allowed to wholly own insurance companies in China.

These latest policies and measures adopted by the Chinese government and the new, much shorter negative list on foreign direct investment should go a long way towards eliminating the issue of forced technology transfers and market access. If a foreign direct investor is no longer required to take an equal domestic joint-venture partner, there would be no transfer of technology, and certainly no forced transfer of technology. And commercial cybertheft should be vigorously prosecuted, with the collaboration and cooperation of both governments.

The recent U.S. measures aimed at Huawei Technologies Co. Ltd., DJI Technology Co. Ltd., and Hikvision Digital Technology Co. Ltd. raised the question whether there will be a full technological embargo against China. This is a “Sputnik” moment for China. China must develop its own indigenous scientific and technological capabilities in order to continue its economic development.

It is important to remember that competition can potentially lead to constructive and positive outcomes, as well as destructive and negative ones. For example, competition to create the fastest supercomputer has already resulted in both countries producing better and faster supercomputers. The champion in 2018 was IBM’s Summit, a U.S. supercomputer, which beat the Chinese Sunway TaihuLight, the champion in 2016 and 2017, which was built entirely with indigenously designed chips.

It will take a while before China can attain technological independence. However, this should be a major opportunity for the Guangdong-Hong Kong-Macao Greater Bay Area to develop into the world’s leading innovation and technology hub. And potentially, there may be decoupling of the high-technology industries in China and the U.S., which is probably not a good thing for the world as a whole.

This piece is based on excerpts from the author’s book “The China-U.S. Trade War and Future Economic Relations,” which he presented at the Caixin Summit Hong Kong 2019 on June 9. A previous piece published by Caixin, based on the same book, discusses the broader economic impact of the trade war and the “new normal” of bilateral relations.