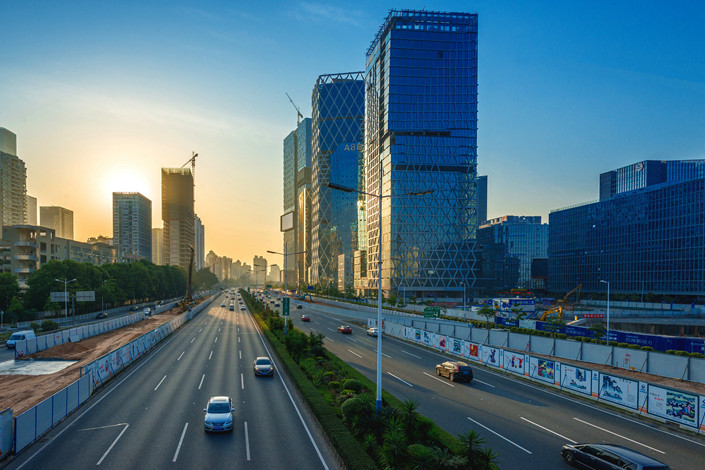 “This year has been the worst for the Shenzhen office market in the last decade, and it could also be the best year for the next decade,” an analyst said. Photo: VCG

Vacancies in the office market in Shenzhen, South China’s Guangdong province, hit a decade-high in the first half of 2019, burdened by a flood of new space entering the market and lingering fallout from a recent cleanup in the financial technology sector.

Shenzhen has evolved into one of the nation’s leading high-tech hubs due to its proximity to Hong Kong and status as one of China’s oldest special economic zones, and is now home to such names as telecom-equipment leaders Huawei and ZTE and internet giant Tencent. That status has made it a bellwether for the industry, whose trends are often reflected in the city’s office market.

The vacancy rate for class-A space in the city now stands at 23.3%, a high for the last decade, according to a market report for the first half of 2019 released Tuesday by global real estate services firm Colliers International. The situation was most severe in the city’s Qianhai area near the border with Hong Kong, which posted a vacancy rate of 65.7%.

Rents for higher-end space, described as “class-A,” fell about 3.7% during the second quarter to 236 yuan ($34) per square meter per month, Colliers said, roughly comparable to declines of 4% and higher seen by others during the first quarter.

“This year has been the worst for the Shenzhen office market in the last decade, and it could also be the best year for the next decade,” said Feng Wenguang, head of Colliers’ South China region. That’s because the market is facing strong pressure from a flood of new class-A space coming into the market which will nearly double the total over the next three years.

Much of the new space is being built in Qianhai and also Nanshan district, which is also adjacent to Hong Kong.

The market is also feeling pressure due to a government-led cleanup of the peer-to-peer (P2P) lending sector in the second half of last year, which added to rising vacancies as companies scaled down or simply closed shop. Feng said that trend alone led to 300,000 square meters of temporary vacancies for grade-A office space in Nanshan during last year’s fourth quarter.

“The situation with P2P withdrawals has already stabilized, the problem has already basically been adjusted for,” said Zhou Zhihui, chairman of Colliers office services department for Shenzhen. “The Shenzhen market’s ability to recover is quite good, as there are some banks and other financial organizations that can fill in for the P2P withdrawal.”