Huawei Goes on Offensive in Ongoing Clash With Washington 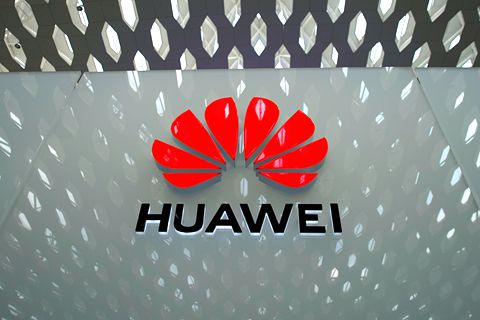 Embattled telecom giant Huawei Technologies Co. has sued the U.S. Commerce Department, demanding the return of company equipment that was seized while in the U.S. more than a year ago for potentially violating American export controls.

The lawsuit is the fourth so far this year between Huawei and Washington, which are locked in a battle that has left the Chinese company severely hobbled. Most recently the Commerce Department formally blacklisted Huawei for violating U.S. sanctions barring the sale of American equipment to Iran, effectively cutting off the company from its many U.S. suppliers.

Huawei has said the blacklisting will cost it $30 billion in sales revenue over the next two years.

The latest Huawei lawsuit, which is unrelated to the blacklisting, involves equipment that was sent by the company to the U.S. in 2017. According to the lawsuit filed on Friday in Washington D.C., Huawei sent the unspecified equipment from its China headquarters to the U.S. for testing in an independent lab around July 2017.

After the tests were complete, Huawei’s U.S. subsidiary sent the equipment from San Francisco back to the company’s headquarters in the Chinese city of Shenzhen. But the equipment was seized by an export arm of the Commerce Department for potentially violating U.S. technology export laws and ended up in the city of Anchorage in the U.S. state of Alaska. Huawei said the equipment was from China and hadn’t received any modifications while in the U.S., and that it hadn’t applied for special export permission because the technology didn’t require such a license.

After the equipment was held up for a month, the Commerce Department contacted Huawei and requested information to determine if Huawei had violated U.S. laws by failing to apply for an export license. Huawei provided the information in November, and the department confirmed it had received the information and was starting its investigation.

In its lawsuit Huawei pointed out that under Commerce Department’s guidelines, the agency usually makes decisions within 45 days. But in this case 585 days later the department still hadn’t contacted Huawei with a decision or indicated when a decision would come. The last communication between the two sides on the matter came on May 22 last year.

“Defendants have neither made a licensing determination for the equipment nor even indicated” when that call will be made, according to the suit. “They have instead simply left the equipment in limbo.” Huawei is asking a judge to find that the administration of U.S. President Donald Trump “unlawfully withheld or unreasonably delayed agency action” on the seized equipment.

The larger conflict between Huawei and the U.S. dates back at least six years, when media reports first indicated that the Commerce Department was investigating Huawei and its CFO Meng Wanzhou on suspicion of illegally selling U.S. goods to Iran in violation of American sanctions at that time. Last December Meng was detained while transiting through Canada on request from Washington, which is now seeking her extradition to face charges in the U.S.