By Lin Jinbing and Shen Fan 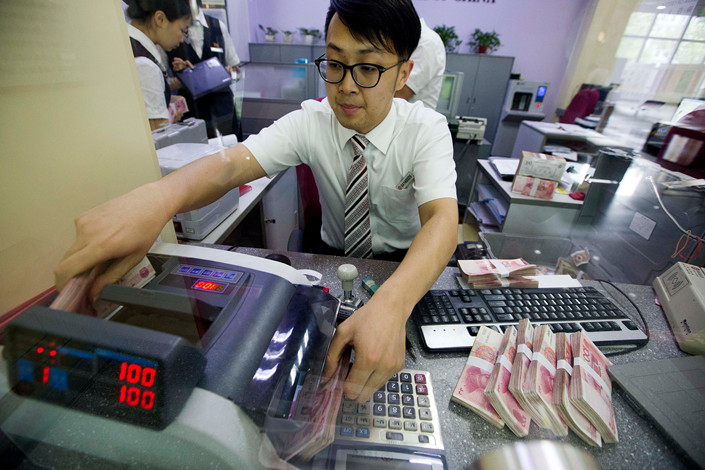 China’s policy to boost lending to small businesses has had unintended consequences for small banks.

In an attempt to meet government targets for lending to small enterprises, some big banks in some regions have poached high-quality clients from small and midsize local lenders by offering them lower interest rates, the law-enforcement inspection team of the Standing Committee of the National People’s Congress (NPC), China’s top legislature, said Wednesday in a report (link in Chinese). Such clients typically have a low risk of default.

In recent years, the Chinese government has urged banks to increase lending to small businesses, which are more vulnerable to China’s economic slowdown and its trade war with the U.S. In March, Beijing required the country’s five biggest state-owned commercial banks to increase their outstanding loans to small businesses — defined as enterprises with total credit lines under 10 million yuan ($1.5 million) — by at least 30% year-on-year this year, and to lower the average interest rates on these loans by 1 percentage point.

The policy has sparked a price war of sorts among banks, which have been offering lower and lower interest rates to low-risk small businesses to lure them away from other lenders.

In response to mounting concerns about the policy’s side effects, authorities have asked the big banks to focus more on lending to smaller businesses that have yet to receive a loan from a financial institution, according to Zou Lan, a deputy head of the People’s Bank of China’s Financial Market Department.

Even though some qualified small businesses have benefited from lower rates, most of their peers still struggle under high borrowing costs. In the NPC report, the inspection team said there were problems with implementing the policy to steer loans to small businesses, noting that high financing costs and difficulties in accessing credit for small and midsized enterprises “haven’t been effectively alleviated.”

Since 2018, regulators have demanded that bank loans to small businesses grow at least as fast as other kinds of loans on a year-on-year basis. The banking regulator evaluates the performance of banks in part by looking at their small-business loans as a percentage of total loans. To get a better evaluation, some banks have slowed their overall lending to cast their small-business loan figures in a better light, the report said.

In addition, some lenders have resorted to adjusting how they determine what constitutes a “small business,” a change that is likely to inflate related statistics, the report said.

The report is a summary of inspections targeting the enforcement of the Law on Promoting Small and Medium-Sized Enterprises, which was enacted in 2002 and revised in 2017, aiming to promote the development of a vast number of small and midsize businesses. From February to May, the NPC team, along with inspectors from local legislatures, conducted inspections in 14 provincial-level regions including Beijing and the southern coastal province of Guangdong, as well as in three cities.

At the end of May, banks’ total outstanding loans to small businesses with credit lines lower than 10 million yuan rose 21% year-on-year to 10.3 trillion yuan, 5.8 percentage points higher than the growth at the end of last year, according to data from the China Banking and Insurance Regulatory Commission.