China and U.S. Are Now in a ‘Tech War’ Too, Expert Says 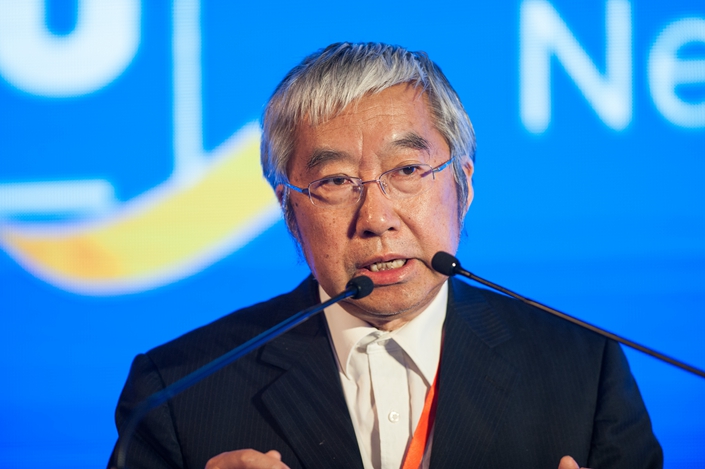 As the trade war continues, China and the U.S.’ disputes have spilled over into the technology industry, which may be more “deadly” for Chinese high-tech companies than higher tariffs, said Yu Yongding, a member of state-backed research center the Chinese Academy of Social Sciences.

Unlike tariffs, the U.S. sanctions on China’s high-tech companies aim to leave the country out of the global value chain, Yu said Wednesday at a forum in Beijing. He called it a “tech war.”

The U.S. has restricted Chinese telecommunications giant Huawei Technologies Co. Ltd. from doing business with American suppliers. In response, China has said it will soon release an “unreliable entity list” that targets foreign companies and individuals considered to have damaged the interests of Chinese companies for noncommercial reasons.

“Companies like Huawei should know better than anyone how to handle the tech war,” said Yu, adding that the Chinese government should help get tech companies as much time as possible to adjust to the new circumstances.

Chinese companies need backup plans and have to carry out research and development alternatives, Yu said. They have to try to keep themselves in the industry chain and extend upstream, and develop global and regional value chains that won’t be affected by the U.S.

Some American tech companies have also been hit hard by the tech war, and need to process inventory as quickly as possible and expand outside of China, Yu said.

“The tariff war has reached a turning point,” Yu said. As the U.S. expands its tariffs on Chinese goods, more and more American companies and consumers have turned against the tariff hikes and have asked Washington to make a deal with Beijing, Yu said.

“It’s more likely for both countries to keep the increased tariffs in place for now and continue negotiating. It’s unlikely that the situation will get worse,” Yu said.

Chinese President Xi Jinping and his U.S. counterpart Donald Trump are set to meet Saturday on the sidelines of the Group of 20 summit in Japan. The meeting was scheduled after trade talks broke down last month. After a round of high-level talks concluded in Washington in May, Chinese Vice Premier Liu He said that China had demanded that the U.S. remove the additional tariffs in their entirety, but the U.S. still wanted to leave some in place.

For China, Yu said that the tariff war’s impact hasn’t been that significant, but might increase in the future. Nonetheless, China shouldn’t take the initiative and attack, but rather should try to keep the situation from deteriorating in order to give China’s industries more time to adjust, he said.

The trade war has also dented the confidence of foreign companies’ doing business on the Chinese mainland, Yu said. Many are preparing to move production out of the mainland. It may take time — probably a year or two — for some foreign companies to leave, and Beijing should do its best to roll out incentives to keep foreign companies in the country, he said.

In a January report, Swiss investment bank UBS said that most export manufacturers in China had already moved or made plans to shift some production outside the mainland.