China Will Deliver Its Own Entity List Soon, Ministry Says 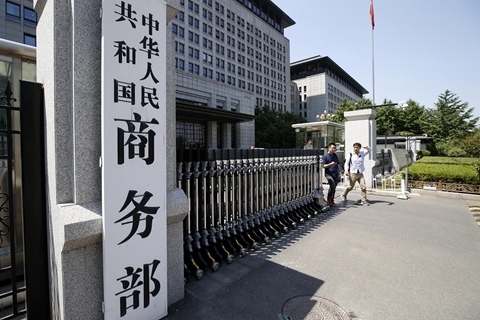 China will soon publish a blacklist of foreign entities deemed “unreliable” and requirements related to the list after necessary procedures are completed, a Commerce Ministry spokesman said Thursday.

Last month, China unveiled a plan to create its own “unreliable entity list” targeting foreign companies, organizations and individuals that are considered to have damaged the interests of Chinese companies for noncommercial reasons. The move is seen as a response to Washington’s decision to put Huawei Technologies Co. Ltd. on its “Entity List,” restricting the Chinese company from doing business with its American suppliers without government approval.

It is unclear what restrictions will be placed on those included on China’s entity list, but concerns have mounted over its impact on market confidence. Any foreign company that complies with Chinese laws, market rules and the spirit of contracts will not have to worry about the list, Gao Feng, spokesman of the Commerce Ministry, said Thursday at a news briefing.

Gao reaffirmed that China will stick to its guns and will make no compromise on key matters of principle in the protracted trade disputes with the United States.

"China's attitude is very clear,” Gao said. “The United States must change its attitude, show sincerity and correct its wrong practices if it wants the talks to continue."

In response to questions about a recent decline in China’s shipments of rare earth minerals, Gao said fluctuations in rare earth exports were a result of market changes and that China didn’t adopt new control measures for trade in the strategically important materials.