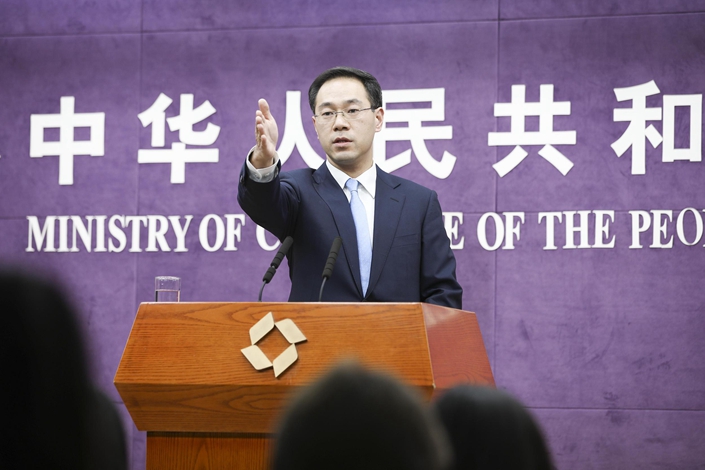 China plans to place foreign companies considered to have damaged the interests of its companies on an “unreliable entity” list, the Ministry of Commerce announced Friday.

The move is an apparent response to the U.S. Department of Commerce putting Huawei Technologies Co. Ltd. on its “Entity List,” effectively banning U.S. companies from selling to the Chinese telecom giant.

China’s own list, which will also include organizations and individuals, will target entities deemed to have blockaded or cut off Chinese companies from suppliers for non-commercial reasons, Ministry of Commerce spokesperson Gao Feng said, promising further details.

U.S. President Donald Trump signed an executive order earlier in May that could effectively ban Huawei from selling technology in the American market. China’s Foreign Ministry accused the U.S. government of abusing its power to crack down on Chinese companies in response, calling such measures “disgraceful and unjust.”

Huawei currently relies heavily on outside suppliers in key areas from chipmaking to base stations and has said it imports about 30% of its components from U.S. firms.

The tit-for-tat moves now involving lists come amid an intensifying trade war between the two countries. After the U.S. announced an increase in tariffs on $200 billion a year of Chinese goods to 25% from 10% earlier this month, Beijing retaliated by raising levies on around $60 billion annually of U.S. imports, starting June 1.