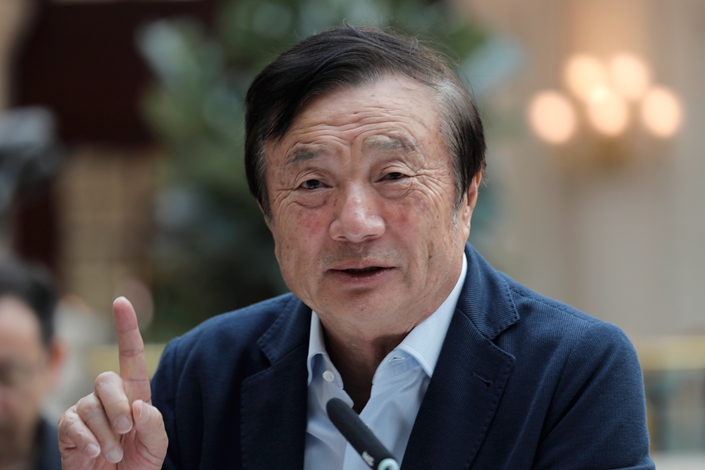 Top U.S. tech companies have begun cutting off the supply of critical components and services to Huawei Technologies Co. Ltd., adhering to an earlier U.S. government export blacklist that banned sales to the Chinese telecom giant.

A string of chip companies that includes semiconductor giant Qualcomm Inc. have sent out internal memos telling staff to stop doing business with the Chinese tech giant until further notice, Caixin learned from two people familiar with the matter.

Employees at one smaller U.S. chip company were told not to further share technical data with Huawei and were forbidden from shipping products to intermediate parties if they know the goods would be transferred to the Chinese company, according to an internal memo obtained by Caixin.

Earlier this month, the U.S. Department of Commerce announced it was putting Huawei on its “Entity List,” a move that requires Huawei to win U.S. government approval to purchase critical components and services from American companies. The restriction took effect on Friday, according to a source at a leading U.S. chipmaking firm.

Alphabet Inc.’s Google said it will obey the order. “We are complying with the order and reviewing the implications,” said a Google spokesperson. On Monday, Intel Corp. declined to comment and Qualcomm didn’t immediately respond for a Caixin request for comment.

These moves are expected to deal a severe blow to Huawei, which currently relies heavily on outside suppliers in key areas from chipmaking to base stations. Huawei has said it imports about 30% of its components from U.S. firms, with those components worth about $11 billion annually.

The frozen business ties with Google in particular would mean that Huawei would only have access to the public version of Google’s Android mobile operating system, the world’s most popular smartphone software. That would leave it unable to offer proprietary apps and services such as search and Gmail, according to an anonymous source familiar with the situation.

Such limitations on software are expected to pose a threat to the rapidly expanding smartphone business of Huawei, which overtook Apple Inc. as the world’s second-largest vendor earlier this year.

The Google spokesperson said the proprietary apps and services will “continue to function on existing Huawei devices.”

That echoed the Chinese company’s response. “Huawei will continue to provide security updates and after-sales services to all existing Huawei and Honor smartphone and tablet products, covering those that have been sold and that are still in stock globally,” the company said in a statement on Monday. “We will continue to build a safe and sustainable software ecosystem, in order to provide the best experience for all users globally.”

The company’s positive tone belied the mounting pressure coming from the U.S. Over the weekend, Huawei’s founder and CEO Ren Zhengfei said that he didn’t think that the U.S. curbs would have much of an impact on the Chinese company’s growth. “It is expected that Huawei’s growth may slow, but only slightly,” Ren told Japanese media at the company’s headquarters in Shenzhen over the weekend, Nikkei reported.

That response followed a similar line as responses from an executive at the company’s chipmaking arm, HiSilicon Technologies Co. Ltd. In an internal memo that later was widely circulated among Chinese media last week, HiSilicon CEO He Tingbo said Huawei has been developing its own chips for years that will guarantee its “strategic security.”