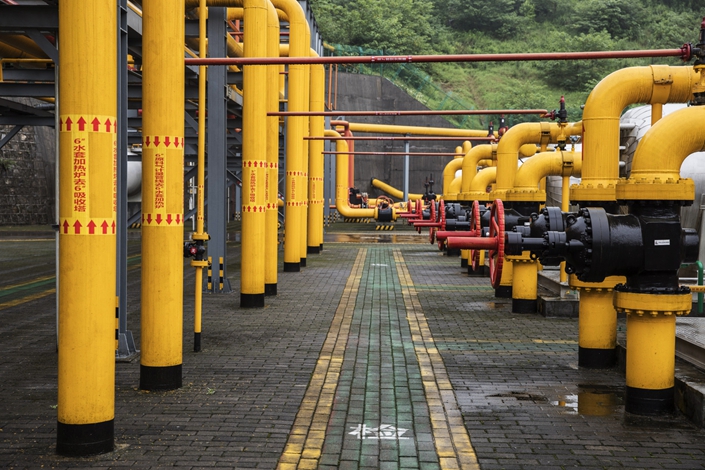 China will scrap the need for joint ventures in oil and gas exploration, and for domestic control of gas networks in cities with more than 500,000 people. Photo: Bloomberg

(Bloomberg) — China is easing foreign access to a range of industries including oil, mining and city gas pipelines as the government follows through on pledges to open up to overseas investors.

China will scrap the need for joint ventures in oil and gas exploration, and for domestic control of gas networks in cities with more than 500,000 people, the National Development and Reform Commission said on its website Sunday. The statement formed an update to the commission’s so-called negative list of industries where overseas investors are restricted or banned.

The new rules take effect July 30. The commission said it will also scrap all the restrictions not mentioned in the negative list by the end of this year.

The announcement comes a day after the U.S. and China struck a truce in their trade war and agreed to resume talks, while President Donald Trump said he’d delay restrictions against Huawei Technologies Co. Ltd. China had already announced an easing of restrictions on ownership of banks, car manufacturing and insurance firms before the dispute with the U.S. worsened.

Data from China on Sunday showed its manufacturing sector continued to deteriorate in June as weakness in the domestic economy combined with U.S. tariffs on Chinese goods.

“China is sticking to the opening-up policy and continuing to ease market access, despite the fact that globalization is currently hampered by unilateralism and protectionism, and cross-border investment is affected by trade frictions,” the commission said in its statement.

The latest easing of investment conditions applies to a diverse group of sectors, from molybdenum mining, call centers and shipping brokers, to plants, cinemas and rice-paper manufacturing.

Gas distribution companies have been a key focus for investors as President Xi Jinping’s government pursues policies that boosted use of the fuel. While opening up the sector will improve the business environment and benefit both industry and consumers, “it’s a long-term, gradual process and probably won’t have a significant impact on the industry in the short-term” since state oil and gas companies dominate the sector, said Tian Miao, an analyst at Everbright Sun Hung Kai Co. Ltd. in Beijing.

China also released an updated list of sectors offering tax breaks for foreign investors to include the manufacturing of key 5G components.