Despite Trade War, There Is Room for Optimism on Asia’s Economy, Experts Say 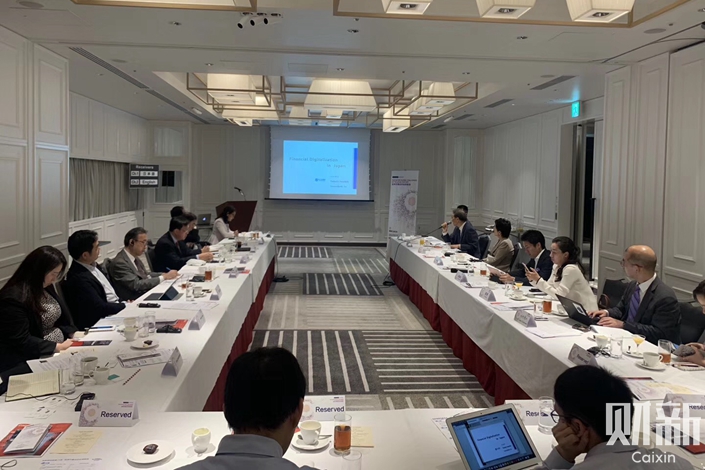 On the sidelines of the G-20 summit, Caixin convened a roundtable on Sunday in Osaka and gathered key decision-makers, high-level executives and renowned academics to look at the challenges facing Asia. Photo: Caixin

As Presidents Xi Jinping and Donald Trump agreed at the G-20 summit in Japan to restart trade talks, investors and policymakers at a Caixin roundtable in Osaka struck a cautiously positive tone about Asia’s economic prospects, underpinned by the use of new technologies.

Due to escalating trade tensions between China and the U.S., which have seen the world’s two largest economies slapping billions of dollars’ worth of tariffs on each other’s goods, the ASEAN+3 Macroeconomic Research Office (AMRO) has recently lowered its prediction for Asia’s economic growth for 2019 from 5.1% to 4.9%, the office’s chief economist Khor Hoe said at the roundtable on Sunday.

The Singapore-based AMRO is a regional macroeconomic surveillance organization. It publishes annual economic predictions for the 10 members of the Association of Southeast Asian Nations, as well as the Chinese mainland, Hong Kong, Japan and South Korea.

However, Khor said he is still optimistic about the long-term economic future of the countries and regions analyzed by AMRO. He said that though disruptive technologies, such as automation, could seriously affect these nations’ manufacturing industries, the technologies could also offset this impact by creating many new service jobs.

Ji Weidong, dean of Shanghai Jiao Tong University’s Koguan Law School, said that China, Japan and South Korea should accelerate talks on a trilateral free trade agreement. Ji said such an agreement is “necessary, possible and a destined,” because the three countries’ economies are highly complementary.

Referring to the collapse of Lehman Brothers in 2008 that helped set off the global financial crisis, Yoshino Naoyuki, CEO of the Asian Development Bank Institute, warned the current monetary policy adopted by the U.S. is risking another “Lehman shock” if liquidity is continuously supplied to the market.

In Yoshino’s view, if Trump has an excessive focus on stock prices, the Fed will continue its loose monetary policy and pump liquidity into the market. U.S. investors will be looking for high yields on a global scale. Central banks in Europe, Japan and around the world will then face pressure to follow the Fed’s loose monetary policy — creating a situation similar to the eve of the Lehman crisis.