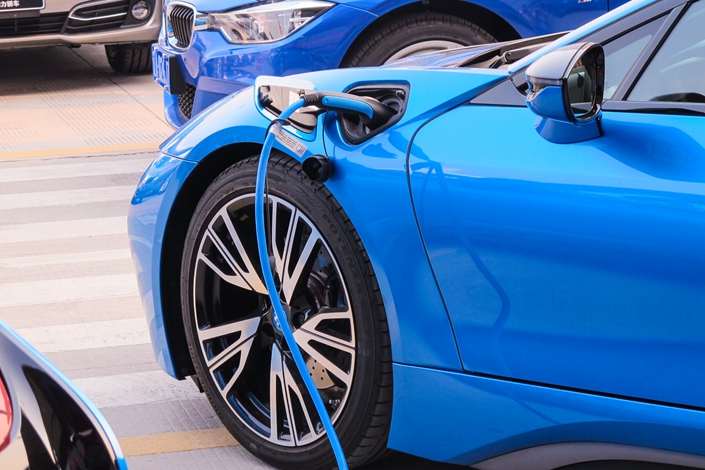 Industry insiders say China’s new-energy vehicle sales will follow the rest of the nation’s sluggish auto market into decline in the second half of 2019 following cuts to government subsidies.

After speeding along for the past three decades, general auto demand in China hit the skids after the government cut excess industrial capacity, tightened environmental controls and cracked down on peer-to-peer lending.

Even as the country’s overall auto sales dropped 2.8% last year, the new-energy vehicle segment grew as much as 61.7%, according to data from the China Association of Automobile Manufacturers (CAAM).

China’s central and local governments had been handing out generous subsidies to the industry since 2010, supporting research and providing incentives for consumers to choose them over fossil-fuel powered cars. This catapulted China’s new-energy vehicle market into the world’s No. 1 spot.

But with Beijing now phasing out financial support, pressure has been building on manufacturers to turn a profit. Central government subsidies were slashed by more than half last month, and the Ministry of Finance ordered local authorities to halt their own subsidies completely by June 25.

CAAM data suggests sales of new-energy vehicles grew just 1.8% in May. Huachuang Securities Co. Ltd. said in a report published last week that sales of pure electric vehicles actually dropped by 21% year-on-year in May to a total of 59,000 based on auto insurance data.

Two senior executives from BAIC BJEV and the Shenzhen-based carmaker BYD told an industry forum on Friday that their companies faced great pressure to control costs and would likely raise the prices of some models in the future.

Li told Caixin that in cities without license plate restrictions, new-energy auto dealers who had upped their prices were struggling to survive. By his reckoning about 80% of dealers across the country were in trouble, including those backed by heavyweights. Dealers leaving the market would deprive carmakers of network support, he said.

Many Chinese cities have been putting quotas on new license plates to control congestion and pollution — and those rules extend to environmentally-friendly new-energy cars in a few big cities. Last month the government demanded local authorities cease such restrictions, leaving Beijing, as the only place left that still limits new-energy vehicle purchases.

China Passenger Car Association head Cui Dongshu told Caixin that even if Beijing doubles the quota it would move at most another 120,000 new-energy vehicles by 2020, which would not much help the slowing market. Li calculates sales of the car will drop by a tenth this year.

However some analysts suggested use by ride-hailing companies might drive renewed growth.

Richard Sun, an analyst with auto industry consultancy TurboInsight, said a number of new-energy carmakers had established ride-hailing companies in the past 18 months which could help them move a large inventory of new models.

“Whether these new ride-hailing ventures will run smoothly remains a question though,” said Sun, who forecast overall positive growth for new-energy vehicles this year, but negative year-on-year growth for some months.