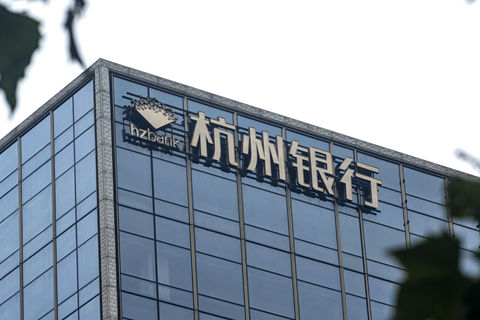 Bank of Hangzhou is the first city commercial bank to win approval to set up a wealth management unit. Photo: VCG

Bank of Hangzhou, in the eastern coastal province of Zhejiang, became the first city commercial bank to receive approval from the China Banking and Insurance Regulatory Commission for a wealth management subsidiary. The wholly owned unit will have a registered capital of 1 billion yuan ($146 million), according to a statement issued by the bank on Monday.

Bank of Ningbo, also in Zhejiang, won regulatory approval to set up a similar unit, the bank said Tuesday.

The banks will start preparation for the new units and submit further applications to local regulators to open for business, the banks said.

As part of a tough regulatory framework for the entire asset management industry, the rules aim to create a firewall around banks’ wealth management businesses. The goal is to separate them from banks’ other operations in an effort to break any implicit guarantee that these investments will be bailed out if they sour. The $4 trillion bank wealth management product (WMP) industry has been the major building block of China’s shadow banking system and a focal point of regulators’ clampdown on financial risks over the past few years.

Banks have raced to set up wealth management units. A total of 31 banks have disclosed plans to set up WMP units as of April, according to Ernst & Young. About half of the applicants are city commercial banks.

The wealth management units of CCB and ICBC became the first to start operations earlier this month, while BOC has won clearance to open business.

Analysts said regulatory approvals have come faster than they expected.

A source close to regulators told Caixin that the CBIRC set different schedules for the reviews for different types of banks. Because of the large number of city commercial banks, reviews will be carried out in batches and mainly take into account applicants’ wealth management business size and business track records.

By the end of 2018, Bank of Hangzhou had 193.2 billion yuan in outstanding value of WMPs, including 197 billion yuan of nonguaranteed products, according to a company report.

Bank of Ningbo had 259.4 billion yuan of outstanding WMPs by the end of 2018, the company’s financial report showed.

Although a wealth management unit gives banks greater room to manage the products, setting up a unit is still a costly business, said Zeng Gang, an expert at the National Institution of Finance and Development, in a research report.

According to the rules, banks will have six months to prepare for the new entities after receiving CBIRC approval. The regulator will review preparations before granting licenses to start the businesses.