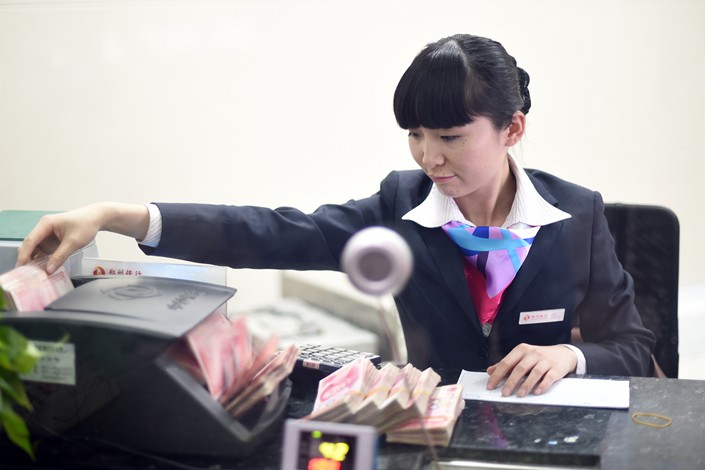 The final rules, which will impact the country’s 30 trillion yuan ($4.4 trillion) wealth management product (WMP) market, allow banks’ asset management units to raise public stock funds and invest up to 35% of their total assets under management in nonstandard credit assets, according to the China Banking and Insurance Regulatory Commission (CBIRC).

Analysts said there were reasons for investors to be happy as the rules provide these WMP subsidiaries with a backdoor to invest in stocks. The rules also showed the government was relaxing restrictions on WMP funds entering the shadow banking sector, a crucial funding source for private enterprises that have long struggled to obtain credit from the official banking system.

As part of a tough regulatory framework for the entire asset management industry, the rules aim to create a firewall around banks’ wealth management businesses. The goal is to separate them from banks’ other business in an effort to break the implicit guarantee that these investments will be bailed out if they sour, which, considering the size of the market, could destabilize the financial system.

China’s banks got into the wealth management business in 2002, but the market really took off in 2009, experiencing explosive growth until 2015. But the freewheeling market eventually caught the government’s attention because it largely fell outside the oversight of financial regulators. The outstanding amount of bank WMPs stood at 29.54 trillion yuan at the end of 2017, according to official data. A crackdown on financial leverage and shadow banking slowed the growth of WMPs last year to 1.69%, compared with annual growth of as much as 50% over the past few years.

The official rules came eight months after the landmark April regulatory framework for wealth management products. Since then, domestic stocks have sunk deeper into a bear market amid prolonged trade frictions with the U.S. and forced sell-offs triggered by margin calls. Regulators delayed the release of the rules and relaxed the final measures to avoid further upsetting the market, Caixin earlier reported.

Because these new wealth management subsidiaries of banks will be allowed to invest in stocks directly, the rules have also triggered a race between banks and mutual fund firms for talent with stock investment experience.

Large banks have already responded to the drafted rules. The boards of 16 Chinese banks have all approved the establishment of asset management units before the Sunday release. But players could be limited, as some lenders worried that these subsidiaries will not be able to leverage enough resources from the parent company, and as a result, will not be profitable. A banking analyst with a brokerage firm told Caixin the size of assets also matters. Based on his calculations, bank wealth management units with less than 60 billion yuan of assets under management risk running in the red.