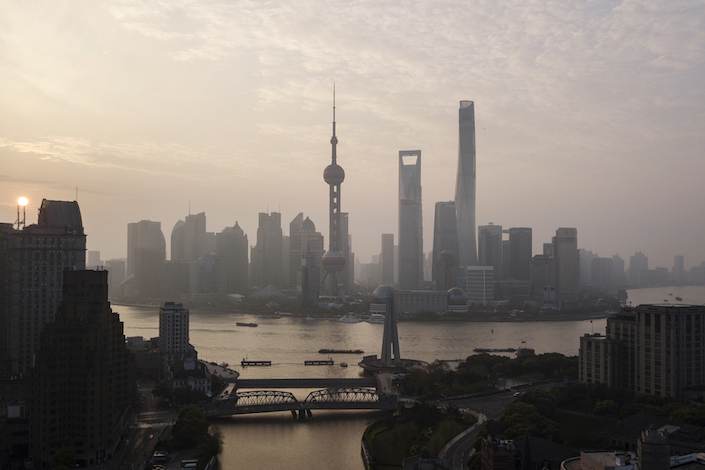 (Bloomberg) — Morgan Stanley and JPMorgan Chase & Co. are moving closer to taking control of their joint ventures in China.

Huaxin Securities, the Chinese partner of Morgan Stanley’s securities joint venture, said Tuesday it is selling a 2% stake for at least 376 million yuan ($55 million) and any potential buyer will have until July 29 to submit a bid. Shanghai International Trust, JPMorgan’s local partner, said Monday it will cede control of its asset-management venture for 241 million yuan.

Governments of the world’s two largest economies agreed to resume trade negotiations over the weekend, with U.S. President Donald Trump saying he will hold off imposing an additional $300 billion in tariffs. As Beijing remains steadfast in its commitment to level the $44 trillion financial-industry playing field, Wall Street banks are eager to gain a stronger foothold, even at hefty prices.

Both American banks, which currently hold a 49% stake in their respective ventures, have indicated they’ll raise their interest to the maximum 51% allowed.

The minimum asking price in Morgan Stanley’s securities venture, Morgan Stanley Huaxin Securities Co., is nearly 15 times the appraised value, according to Bloomberg calculations based on numbers in the filing. For JPMorgan’s fund venture, China International Fund Management, the price represents about a 33% premium.

The JPMorgan transaction “looks rather rich, whether including or excluding the premium for control,” asset-management research firm Z-Ben Advisors Ltd. said in a note July 1. “Global managers should expect the deal’s metrics will be applied to all that follow.”

China is seeking to encourage international investors to become more involved in its financial sector and has removed some limits on foreign ownership of financial institutions as well as taking steps to ensure local bonds can be bought by global funds. In recent months, authorities have approved plans by JPMorgan, UBS Group AG and Nomura Holdings Inc. to take majority stakes in local securities ventures.