Ling Huawei: Regulators Shouldn’t Do a U-Turn on ‘Backdoor Listings’ 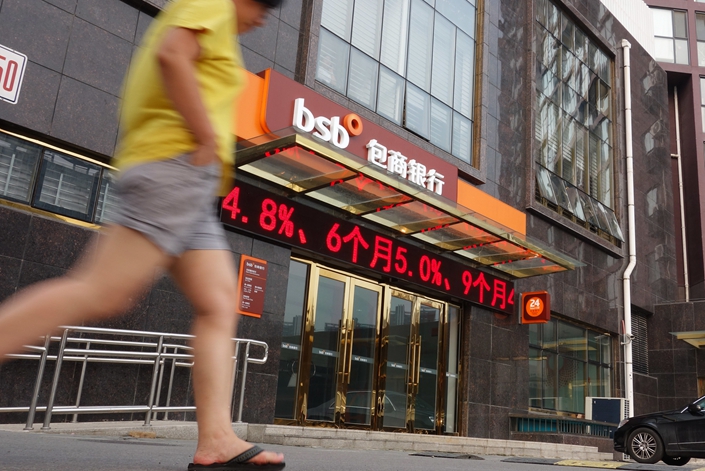 Loosening regulations on backdoor listings may temporarily boost the market. But that is only a short-term illusion. Photo: VCG

On June 20, China’s securities regulator released draft rules to ease restrictions on the mergers and acquisitions (M&A) involving listed companies. The new rules will allow companies to more quickly inject their assets into a publicly listed shell company after the acquisition. It’s a process known as a “backdoor listing.” The draft will also lift the ban on the backdoor listings through companies traded on the tech-heavy ChiNext board of the Shenzhen Stock Market.

The authorities enacted strict rules in 2016 to contain the speculative buying of shares of listed companies considered to be candidates for backdoor listings. Some observers see the new draft rules as a policy U-turn regarding this roundabout way for companies to go public. Right after the regulator released the draft rules, the ChiNext index rose 2.21% — on a day when the Shanghai Composite index rose just 0.31%.

Initial public offerings (IPOs) and delistings have become commonplace events on China’s stock markets. As one of the financing tools for the capital market, backdoor listings do not need to be forbidden. But there shouldn’t be drastic changes to basic policies that the China Securities Regulatory Commission has had for years, especially at a time when authorities are launching another high-tech board that is part of the reform of the country’s stock market.

Policies and rules should be consistent, predictable and transparent, in order to provide the market with clear expectations. Since the ChiNext board, which was created for startups and small companies, was launched in 2009, the regulator has made it clear that no backdoor listings are allowed. So why suddenly lift the restriction now? The new high-tech board being prepared by the Shanghai Stock Exchange has also come with a new set of rules. Will those rules suddenly be changed at some point in the future?

The regulator has tolerated backdoor listings for a long time in hopes that they will improve the performance of smaller, underperforming listed companies through the injection of quality assets. Backdoor listings are supposed to help reduce the damage that the delisting of a poorly performing company can do to the market. However, most backdoor listing deals have proved to be associated with cheating, market manipulation and insider trading. It is rare for quality companies to engage in the practice. The formerly U.S.-listed security software giant Qihoo 360 Technology Co. Ltd., for example, chose to be relisted in China through a shell company in a reverse takeover around the turn of the new year in 2018 — a company of Qihoo 360’s size and reputation could easily qualify for the proper IPO process.

Backdoor listing is a cheaper and faster way to go public, as it can save a company time and resources by allowing it to sidestep regulatory filings and a long queue for approval. But such deals should be based on the condition that they don’t distort market prices. In China, however, the popularity of backdoor listings has often resulted in soaring prices for shell companies due to speculative buying, even when these companies’ businesses are miserable. This trend will increase the cost to the potential suitors, and drive off market participants who follow the rules. In 2015 and 2016, the value of a shell company, often one already considered a “junk stock” on the market, was often driven up to billions of yuan. That’s a huge potential waste of public resources. The authorities should never encourage such speculation.

Corporate restructuring is a legitimate practice, but it is also a term used to describe the reverse merger process that takes place during a backdoor listing. It is an important way for a listed company to grow. But it should be based on mergers that make good business sense. When the general economy slows, it’s often a time window for acquisitions between companies in similar lines of business. It’s also a necessary process for the market to rebalance demand and supply and consolidate new resources to spur future growth. Regulators should strive to open a door for companies that seek to enter the capital market to grow their businesses, bringing down administrative barriers that can hamper such efforts.

Both the volume and value of major corporate restructuring cases involving domestically listed companies declined last year from the previous year. It was good to see that speculative acquisitions had fallen drastically, with deals that made good business sense accounting for more than 60% of the total. The regulator’s efforts in cracking down on speculative merger deals have played a major role in this trend.

Many institutional observers believe the new rules on corporate restructuring will help quickly boost stock market sentiment and give the recovering market a further push. However, it is not the regulators’ main job to boost the market and make the indices look better. There are both pros and cons to the fluctuations of the stock markets. The regulators do not need to take this burden on themselves.

Loosening regulations on backdoor listings may temporarily boost the market. But that is only a short-term illusion. Whether backdoor listing can help reenergize the stock market will depend on the quality of assets that end up being injected. This is a time when good assets are hard to come by. Many investment banks have been having trouble finding quality companies to do IPOs. So there’s really no need for backdoor listings.

If the regulator loosens restrictions on backdoor listings, the Chinese stock markets that are dominated by individual investors may repeat the previous rounds of speculation and push up the prices of the shell companies. If no quality assets are injected into these expensive shells, what can be done next? Who should be held responsible for the increase in financial risks that is bound to follow?