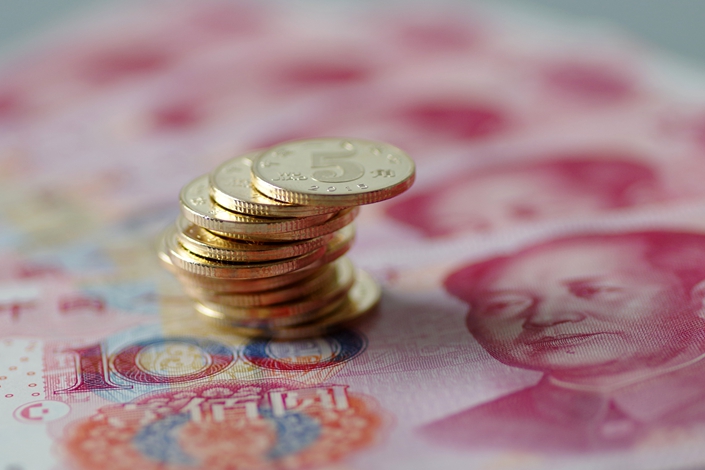 Reasons for the inefficiency of regulation include not only the lack of professionalism, but also the fact that some regulatory officials were corrupted by industry influence. Photo: IC Photo

Finance is the lifeblood of the economy and a basic tool for resource allocation. The security and stability of the financial system are closely related to the efficiency and risk levels of a country’s economy. Strict supervision is necessary given the possible spillover effects that the finance sector can generate. Thus, a consistent regulatory standard is always required. Regulations should not be loosened or tightened just due to economic fluctuations.

A basic reason for the unsatisfactory aspects of China’s financial regulation is that regulators don’t thoroughly understand its substance. During the last 20 years, the country’s financial regulation has evolved from a planned-economy, approval-based practice to one that emphasizes professionalism, reasonable distribution of labor and keeping a proper distance from the institutions that regulators oversee. As China’s financial assets have been rapidly expanding, a more professional regulatory system is urgently needed.

Some have long viewed loosening regulations as a tool to promote rapid economic growth and have treated development and regulation as opposing forces, saying that loosening financial regulation is a prerequisite for free capital flows and economic prosperity. That misconception was one of the factors that led to the 4 trillion yuan ($581 billion) stimulus policy being launched amid the global financial crisis and the rise of shadow banking, which in turn have caused lots of hidden troubles in the financial sector.

(Note: Beijing launched a 4 trillion yuan stimulus package in late 2008 to counter the global financial crisis, which quickly boosted sluggish domestic economic growth but left the country with a mountain of debt.)

The relationship between financial regulators and the industries that they oversee should be also clarified. It is wrong to regard the regulators as a “protective umbrella” for the industries. The China Banking and Insurance Regulatory Commission is not a spokesperson for, or a head office of, the country’s banks, nonbank financial institutions or insurance firms. Likewise, the China Securities Regulatory Commission is not a spokesperson for securities or fund firms. The positioning of financial regulators is not the same as that of other industry administration departments or state-owned assets administration departments. Prudent regulation, detecting risks and avoiding the outbreak of systemic risks are the basic tasks of financial regulators.

In recent years, big-picture thinking and supervising thoroughly have become basic requirements for financial regulation. Thus, regulators can no longer regulate only businesses in their own field and turn a deaf ear to other businesses. For example, it’s not possible that regulators didn’t know that the sprawling financial empire operated by Tomorrow Holding Co. Ltd. illegally controlled a large number of financial institutions. Reasons for the inefficiency of regulation include not only the lack of professionalism, but also the fact that some regulatory officials were corrupted by industry influence. Another reason is that an accountability mechanism for regulators had not really been established. This kind of mechanism needs to be created.

Regarding the model of setting up bailout funds in multiple financial industries, it is necessary to properly clarify the relationship between these bailout funds and regulators. A good aspect of close cooperation between the funds and regulators, or even the inclusion of the funds as part of the regulatory system, is that it’s more efficient to allocate capital on the back of official power, and that regulators can better prevent and rectify risky misconduct in a timely manner. But the risky aspect of such cooperation is that the bailout funds can be easily used as a tool to cover up regulatory failures.

Therefore, there should be an accountability mechanism when promoting bailout funds’ cooperation with regulators. The funds should keep a proper distance from the regulators and establish an open, transparent information disclosure mechanism.