By An Limin and David Kirton 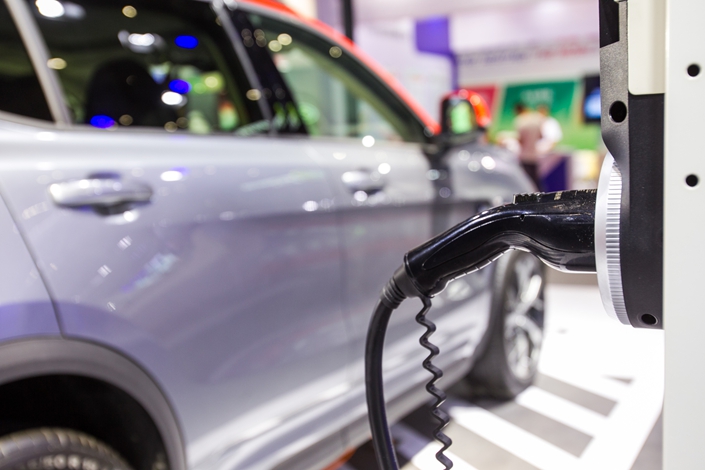 Insiders say that China's tandem policy approach toward the auto industry is failing simply because it was overly complex to begin with. Photo: IC Photo

The Chinese government is fine-tuning auto industry policy to encourage carmakers to improve gas guzzlers’ fuel efficiency, realizing that its turbo-charged drive to develop electric cars may have left its policy for conventional vehicles looking like it was abandoned on the side of the road.

Most countries have separate policies for promoting electric vehicles (EV) and for pushing automakers to improve gas engine efficiency. However, China has kept both policies in tandem, requiring carmakers to gradually ramp up the ratio of EVs they produce while setting targets for the amount of fuel conventional vehicles consume in relation to the distance they travel.

Under a proposed revision to the rules, carmakers that manage to produce a certain number of low-fuel consumption vehicles will have a slightly reduced requirement for the amount of EVs they must churn out, according to draft rules published Tuesday by the Ministry of Industry and Information Technology.

The revision is intended to nudge carmakers to improve the fuel efficiency of their vehicles. It is seen as the less successful fork in the tandem policy approach so far. In 2013, the government announced a target to reduce the average amount of fuel vehicles burn through for every 100 kilometers (62.1 miles) of travel to 5 liters (1.32 gallons) by 2020.

Yet industry insiders say that the country is unlikely to reach this milestone. In 2017, the average domestically produced passenger car burned through over 7 liters of fuel per 100 kilometers, according to a report that think tank the Innovation Center for Energy and Transportation (ICET) released in March. This figure falls to 6.05 liters for the same distance if cars from joint-venture companies are included.

While the government wants new-energy cars to make up 20% of new sales by 2025, that still means 80% of sales will be conventional vehicles, which are becoming less efficient, not more so, one industry expert said. This is because consumers are purchasing more SUVs, which tend to burn through more fuel because of they weigh more than the typical car.

The policy revision should encourage carmakers to upgrade their energy-saving technology and to experiment with more hybrid vehicle models, such as those that run on both fossil fuels and electricity, said Kang Liping, a senior manager at ICET.

Yet other insiders say that the tandem policy approach is failing simply because it was overly complex to begin with, making it difficult for automakers and institutions to calculate future costs and the future market size for new-energy vehicles. “You can only cross the river by touching the stones,” one expert said.

China’s carmakers face a tough road ahead, with 12.32 million vehicles sold on the Chinese mainland in the first half of 2019, down 12.4% year-on-year, according to the China Association of Automobile Manufacturers. Particularly, sales of passenger cars fell 14% from the same period last year to 10.12 million.