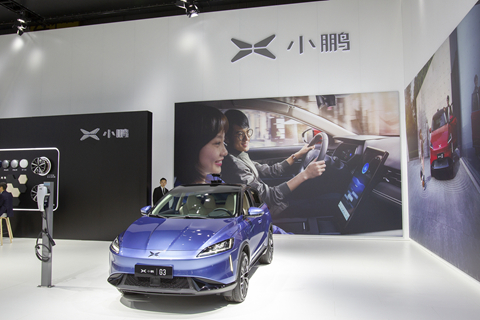 Owners told Caixin their anger was triggered by the latest G3 model, launched on July 10 — around six months after the previous model was rolled out. The new G3, designed with better functions and greater battery mileage, is priced even cheaper than the previous one, owners complained.

The owners also said Xpeng intentionally did not inform them about the new model and “cheated” them to boost sales of the old one. Multiple owners told Caixin the Xpeng sales team last month encouraged them to order the old G3, and said the company might increase its prices after June 25 due to subsidy cuts. The sales team didn't mention any new model at all, owners said. However, Xpeng officially said on June 26 that prices of the previous G3 wouldn’t change until the end of July, without offering any further pricing plans.

Xpeng head He Xiaopeng apologized Friday — though he placed blame on the rapid development of technology, and said users misunderstood the pricing plans. He said Xpeng will offer compensation to owners of the old G3 model. Some Xpeng owners refused to accept the apology, and protests continued over the weekend in cities such as Beijing. Xpeng said it had collected the car-owners requests.