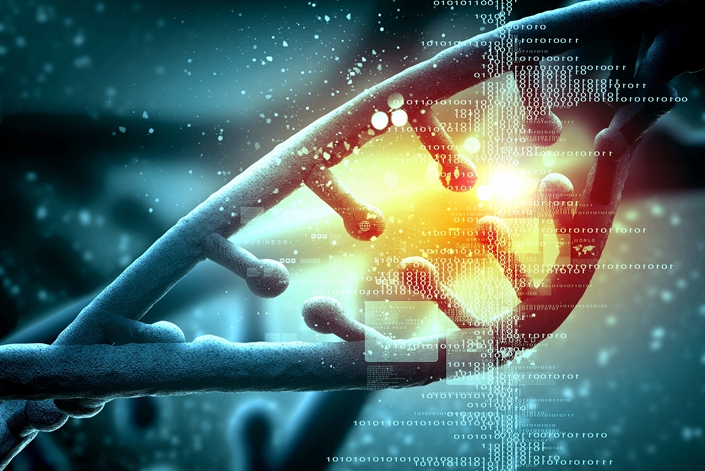 The gene-editing technique LEAPER is efficient, rarely misses its targets, and can be used on a number of different cell types, researchers found. Photo: VCG

Peking University researchers have developed a gene-editing technique that they say could have profound effects on the treatment of certain diseases.

It could also give CRISPR a run for its money.

Known as LEAPER, the technique — described Monday in a paper in British peer-reviewed journal Nature Biotechnology — is said to avoid several of the pitfalls of CRISPR-Cas13, the cousin of the well-known DNA-editing technique CRISPR-Cas9.

Like Cas13, LEAPER targets strands of RNA — molecules in cells that like DNA carry inheritable genetic information, but also play a vital role in its replication. The technique makes use of engineered strands of RNA that “recruit” another type of enzyme, ADAR, to exchange one compound found in RNA for another. The researchers say this avoids some of the problems of existing gene-editing techniques, which include immune responses and unwanted side-effects.

LEAPER, which is short for “leveraging endogenous ADAR for programmable editing of RNA,” is efficient, rarely misses its targets, and can be used on a number of different cell types, the researchers found.

“There are clear prospects for using this technology in disease treatment,” said Zhou Zhuo of Peking University’s School of Life Sciences, one of the lead authors of the paper. He explained that LEAPER is capable of precisely switching adenosine — one of the molecules that make up RNA — for one which is similar to another such molecule called guanosine. That’s important because almost half of known hereditary disorders can be corrected by swapping adenosine and guanosine, Zhou told Caixin Global.

One such disease is Hurler syndrome — a rare and debilitating genetic disorder. The technique proved effective when tested on cells taken from people with the disease, hinting at its potential use in gene therapy.

“[The researchers] show that in human Hurler syndrome skin cells they can correct sufficient amounts of the mutated form of RNA to restore the defective enzyme activity that causes this disease,” said professor Ernst Wolvetang, a geneticist from the University of Queensland in Australia who was not involved in the research.

He said the technique appeared to have “significant potential,” and was a “creative and important step” toward the treatment of genetic diseases.

Wolvetang, who leads a team at the Australian Institute for Bioengineering and Nanotechnology, said the way LEAPER works means it might not be effective on some types of cells, and that it did not eliminate unwanted genetic changes. He added that the technique has not yet been tested on animals.

But he said LEAPER was simpler than existing gene-editing techniques because it uses only a single component — an arRNA — while the CRISPR-Cas method uses both a guide RNA and the Cas-enzyme. It’s was thus “more easily deliverable, and less likely to result in unwanted cellular immune responses.”

This isn’t the first time Chinese researchers have claimed to have bested CRISPR techniques. A previous paper in the same Nature journal described a different pair of genetic scissors — known as NgAgo — which were initially touted as a more effective alternative to CRISPR. The paper was retracted after several failed attempts to replicate its findings.

An increasing amount of research into gene-editing is coming out of China, although the field is controversial. In May, the government introduced a draft regulation stipulating that those who manipulate genes in human adults or embryos will be held legally responsible for the effects of their work.

The move came after the Shenzhen-based scientist He Jiankui sparked an ethical uproar in November when he revealed that he had used CRISPR technology to edit the genomes of two girls who were born the previous month.