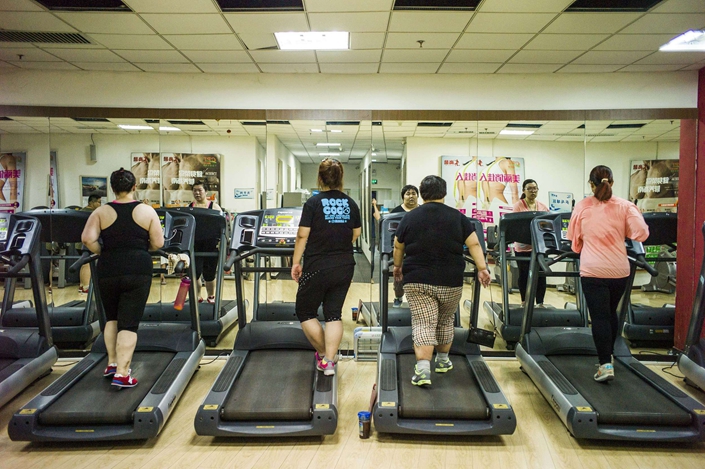 Lifestyle diseases have spiked in China. By 2016, more than two-fifths of Chinese people were overweight or obese. Photo: IC Photo

(Bloomberg) — China is calling on its people to reduce their intake of edible oils, sugar and salt as part of a nationwide campaign to minimize health risks. The country is the world’s top consumer of soybean oil, processed from imported beans, and the biggest user of sugar after India.

The nation is targeting daily consumption of oils no higher than 25-30 grams per adult by 2030, down from an average intake of 42.1 grams in 2012, Ding Gangqiang, head of the National Institute for Nutrition and Health, said at a press conference this week, which coincided with the State Council’s launch of its campaign, Action for a Healthy China.

Fried food is popular among Chinese people, with fish and beef in hot chili oil widely served in restaurants. The country’s consumption of soybean oil has increased more than four times since the turn of the century, and the nation is also the third-largest consumer of palm oil.

China is targeting daily salt intake of less than 5 grams per person by 2030 from an average of 10.5 grams in 2012, and sugar consumption of less than 25 grams from 30 grams. Sweet soft drinks are blamed for the high rate of obesity among youngsters, said Ding from the National Institute.

The limits will be encouraged in restaurants, schools, institutions and at home, while food companies will be asked to display them on packaging, Ding said.

Lifestyle diseases have spiked in China in the past four decades. In 2016, 41 percent of Chinese people were overweight or obese, up from 1 in 10 in 1979, the World Health Organization (WHO) estimates. Obesity is linked to Type 2 diabetes which is itself worsened by excess sugar intake. Chinese diabetes rates are now comparable to those of the more developed U.S.

Meanwhile nearly half of Chinese people aged 35 to 75 are thought to have high blood pressure, which is linked with excess salt consumption.

In 2015, China had the grim title of being home to more obese children than any other nation — 15 million of the world’s 108 million.