Chinese Property Bonds’ Time in the Sun May Be Waning 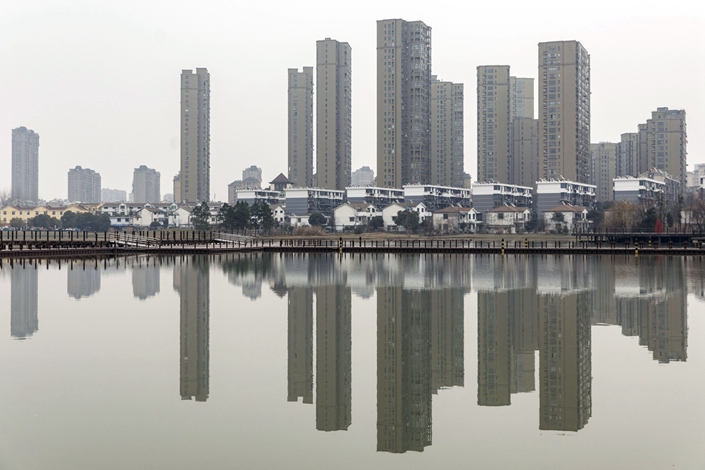 Since May, China's policymakers have sought to limit almost every financing avenue for developers to ensure they can’t buy land at inflated prices and spark a property bubble. Photo: Bloomberg

(Bloomberg) — Chinese developer bonds’ healthy run may be coming to an end.

Notes sold by home builders topped 10 other sectors in Asia in the first half, a Bank of Merrill Lynch index shows, as investors were lured by a relaxation of property curbs and easier liquidity for real-estate firms. Yet fund managers say those gains may be short-lived, with both factors now being dialed back.

Since May, top policymakers have sought to limit almost every financing avenue for developers to ensure they can’t buy land at inflated prices and spark a property bubble. Home-buying restrictions have also been widened. That means bond investors will have to be more discerning, particularly when it comes to smaller developers, many of which are facing looming maturity walls.

Chinese high-yield U.S. dollar notes, most of which have been sold by developers, returned 10.3% in the first six months of 2019, the best two consecutive quarters since 2012, a BAML index shows. The solid performance followed a largely lackluster 2018. Buyer interest revved up in the final months of the year following central bank liquidity injections.

The landscape’s now changing after Beijing earlier this month announced fresh restrictions on foreign-debt sales, allowing firms only to refinance if their offshore notes mature in one year. Limitations have also been placed on onshore bonds and trust financing, an important shadow-banking channel.

It couldn’t come at a worse time for developers with weaker credit profiles, most of which tend to be smaller in size too. Those rated AA+ or below face an $8.7 billion maturity wall in the third quarter.

A unit of Fuzhou, Fujian-based Tahoe Group Co. Ltd. paid investors 15% for three-year money last month and in May offloaded stakes in some residential projects to Shimao Property Holdings Ltd. Those $400 million of notes due 2022 are now yielding 17.2%.

China Evergrande Group’s 8.75% of bonds due 2025 are the second-worst performers on the BAML index this month, while securities sold by Future Land Development Holdings Ltd. haven’t fared well either following the arrest of controlling shareholder Wang Zhenhua.