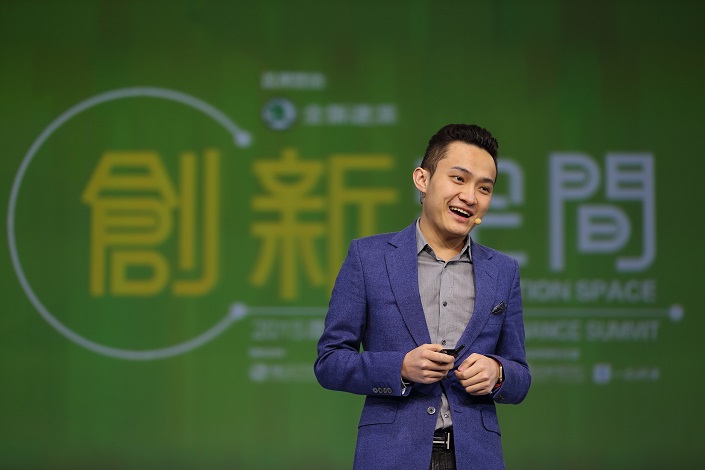 Justin Sun is too ill for lunch with Warren Buffett — but kidney stones haven’t stopped the Chinese cryptocurrency entrepreneur from wading deeper into online drama.

Sun, who made headlines for winning lunch with Buffett for a record $4.57 million before postponing the meeting, apologized early Thursday morning Beijing time for “over-marketing” Buffett’s annual charity event after reports emerged that he’d been slapped with a China exit ban.

“Because of the immaturity of my words and actions,” the 29-year-old Sun wrote on his Weibo account, the Buffett lunch “gradually evolved into out-of-control over-marketing, resulting in many consequences that I had completely not expected.” Sun had posted frequently about the lunch on social media, going as far as to invite U.S. President Donald Trump to the event.

Sun’s cryptocurrency foundation Tron said on Tuesday that the lunch would be postponed as Sun was suffering from kidney stones. Then, sources told Caixin that Sun, whose exact whereabouts had been unclear, had been barred from leaving China since 2018 over allegations including illegal fundraising and pornography.

On Wednesday, Sun streamed a live video showing he was actually in San Francisco. He denied that he would be blocked from leaving China if he ever returned, specifically saying in social media posts earlier this week that Caixin’s report was untrue. Industry sources told Caixin that Sun has been living outside China this year.

In his latest post, Sun noted “the vision and vigilance of the elders of regulatory agencies.” “It can be said that without the care and guidance of the regulatory agencies, there will be no healthy development of the blockchain industry today,” Sun said. Without specifically commenting on the alleged travel ban, Sun said he respected Caixin, and that he had “repeatedly learned” from the publication since his college days.