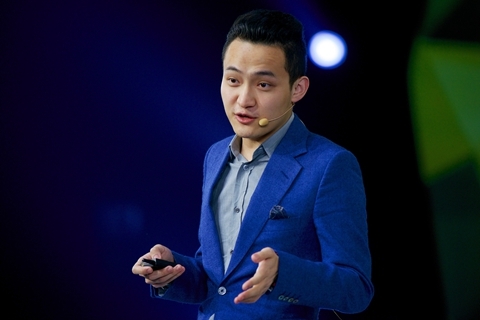 The controversial Chinese blockchain entrepreneur who bid a record $4.57 million to dine with billionaire Warren Buffett was barred from foreign travel because of allegations including illegal fundraising, sources told Caixin.

Justin Sun, the 29-year-old founder of the Tron Foundation, abruptly announced on the Weibo social media platform early Tuesday that he had to cancel the charity lunch with Buffett, scheduled for Thursday in San Francisco, because of a bout of kidney stones.

But sources told Caixin that Sun was put on a border control list by Chinese authorities that would restrict him from traveling abroad because of allegations including illegal fundraising, money laundering, gambling and spreading pornography. The Office of the Leading Group for the Special Campaign Against Internet Financial Risks, a regulatory superagency for internet finance under the State Council, called for the public security department to launch an investigation of Sun, sources told Caixin on condition of anonymity.

Sun disputed the allegations on his Weibo account Tuesday, saying the accusations are wrong. In response to an inquiry from Caixin, Sun said he has maintained active communication with regulators.

Sun made international headlines in early June by winning the chance to have lunch with Buffett, the billionaire chairman of Berkshire Hathaway, in an annual charity auction. Afterward, he issued high-profile public invitations to other luminaries to the lunch, including U.S. President Donald Trump.

Under Chinese law, people involved in investigations can be restricted from leaving the country for a month to a year. Their mobility inside the country often isn’t affected.

Sun’s whereabouts are unclear. He was last seen abroad July 1, when he attended the Asia Blockchain Summit in Taipei.

Sun has been a high-profile entrepreneur in China’s cryptocurrency sector. After graduating from the University of Pennsylvania in the U.S., he returned to China as the chief representative of the Greater China area of Ripple Lab, a U.S. enterprise developing the Ripple payment protocol. In 2014, he started his own crypto startup, Ripple Technology.

As Chinese regulators tightened their grip on cryptocurrencies in 2017 by banning trading and fundraising involving virtual currency, Sun shifted his operation to Singapore with the establishment of the Tron Foundation and launched the digital token Tron, which is now the world's 10th-largest cryptocurrency. He is also the CEO of BitTorrent Inc.

After the announcement of the change in the Buffett lunch, Tron tumbled as much as 16%.

Earlier this month, defrauded investors who fell victim to a Ponzi scheme claiming to be associated with Tron protested at Sun’s Beijing office. Tron said someone falsified the company’s name to cheat investors. Caixin learned that some investors reported the case to police and Tron set up a team to handle the matter.

Controversies also surrounded another Sun business undertaking, Peiwo, a voice-based social dating app Sun acquired in 2014. The app was criticized by the official Xinhua News Agency in 2018 for allegedly offering pornographic content. Caixin learned that Peiwo has been removed from mobile app stores and the company is applying for cancellation of its registration, according to public business records.