Elon Musk to Launch Boring Co. in China During Visit This Month 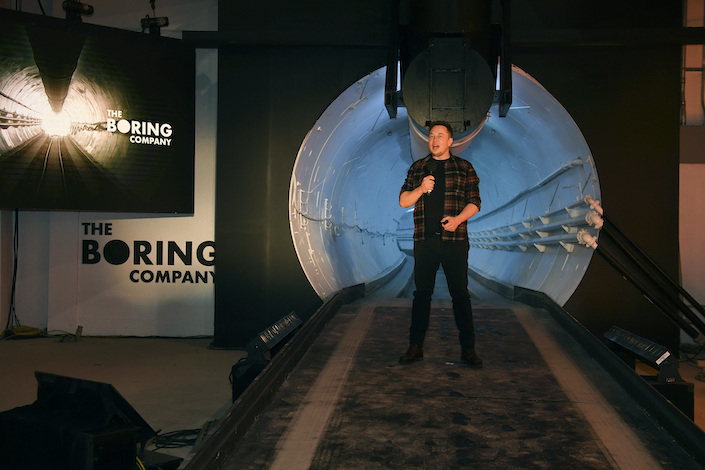 Musk made the announcement in response to a Twitter user’s post promoting his upcoming attendance at an artificial intelligence conference in Shanghai between Aug. 29 and Aug. 31.

The company, which develops tunnel-based transportation systems, won its first commercial contract in May to build a mile-long project to shuttle visitors around the Las Vegas Convention Center. It also recently raised $120 million in its first outside investment from chief investors 8VC, Vy Capital, Craft Ventures, Valor Capital and DFJ.

Boring Co. has also built a test tunnel near its headquarters in Hawthorne, California. A hoped-for tunnel in Los Angeles was scuttled after opposition from neighborhood groups. In Chicago, a proposed tunnel’s future is in doubt due to the departure of its biggest supporter, former Mayor Rahm Emanuel. Another potential project connecting Washington D.C. and Baltimore is in the environmental review process.

Related: Tesla to Revamp Asia Business to Focus on China