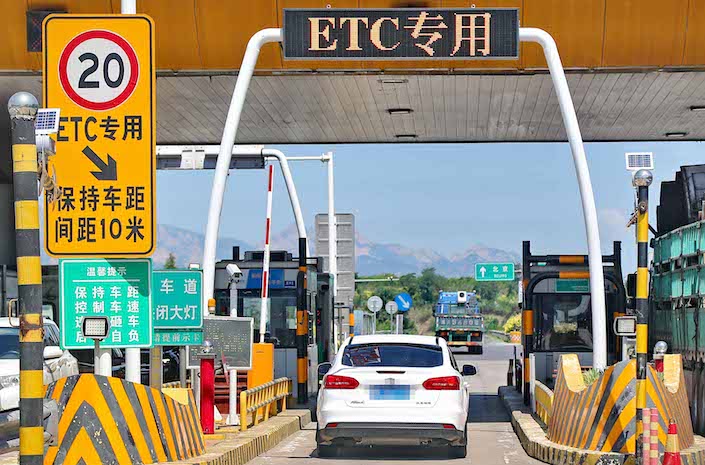 When you’re cruising on the open road, the last thing you want is a long queue for a freeway toll booth.

It was good news, then, for Chinese drivers when the government vowed in May to eliminate staffed toll booths at provincial borders and to popularize nationwide the use of electronic toll collection (ETC) devices, which can be attached to vehicles and scanned for automatic cashless payment at toll booths.

So far, the plan has been pretty effective. As of Aug. 2, 100 million users have signed up for ETC — a significant increase on September’s figure of approximately 70 million users — and more than 580,000 ETC devices are distributed on average every day, according to a Tuesday announcement from China’s Ministry of Transport.

The figures aren’t all that surprising, though, as China has been handing out ETC devices for free since May, when the government set a goal to enroll over 80% of registered automobiles in the ETC program by the end of 2019. Since July 1, it has also been granting discounts of at least 5% to ETC users who travel on expressways.

The ultimate goal is to do away with all manned toll booths on provincial borders by December. To achieve that, China needs to both increase the coverage of ETC booths in remote areas and increase the number of ETC users to 180 million, according to the National Development and Reform Commission.