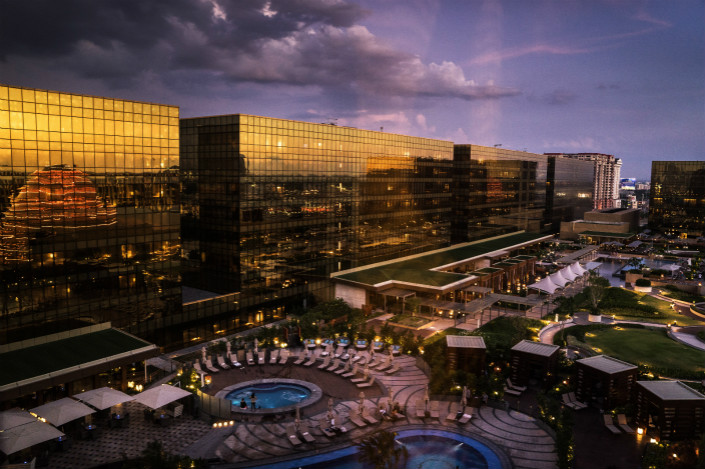 (Bloomberg) — China is stepping up a crackdown on gambling activity by its citizens offshore, threatening what has become a lucrative industry for gaming operators in places like the Philippines.

China’s embassy in Manila put out a strongly worded statement Thursday, saying that its citizens are being targeted by casinos in the Southeast Asian nation, and that hundreds of millions of yuan are flowing illegally out of its borders to the region.

The statement, which said all forms of gambling by Chinese people in overseas casinos are illegal, follows a run of Chinese state media coverage critical of internet and phone gambling over the past month. In a Xinhua story July 12, China’s minister for public security, Zhao Kezhi, said it was necessary to crack down on the “cross-border online gambling problem” because of public concern.

The gaming regulator in Macau, the only place in China where casinos are legal, has also forbid junket operators licensed there from using the territory as a settling platform for gambling services provided elsewhere, according to people familiar with the matter.

“A conservative estimate shows that gambling-related funds flowing illegally out of China and into the Philippines amounts to hundreds of millions of yuan every year,” said the Chinese embassy statement. “There are analysts who believe that part of the illegal gambling funds has flown into local real estate markets and other sectors in the Philippines.”

Online and phone betting in Southeast Asian countries by Chinese punters many miles away has exploded in the last few years and is transforming the developing cities. In the Philippines alone, more than 50 offshore gambling companies have received permits to operate, hundreds of thousands of Chinese workers have surged into Manila to staff the industry, and property prices near gaming sites are booming. Revenue from the offshore gaming industry is projected to reach up to 9 billion pesos ($172 million) this year, according to the Philippines gaming regulator.

But the flow of Chinese gambling to Southeast Asia has meant slowing growth in Macau, the Beijing-controlled enclave that’s the world’s biggest gambling hub. A desertion by high rollers in particular — which account for 55% of Macau’s $40 billion in annual revenue — has put pressure on casino operators there and forced them to widen their appeal by building theme parks and concert halls for middle-class tourists.

There are signs that the offshore services are penetrating more deeply into China’s population than expected. Some online gaming websites offer punters wagers as low as 10 yuan ($1.42) and have round-the-clock live streams, making them easily accessible by lower-income Chinese in rural areas, who do not have the means to go to Macau or other ways of scratching the gambling itch.

The Chinese embassy statement said that the rise of online gambling has resulted in an increase in crimes and social problems in China, and that in connection with telecom fraud has “caused huge losses to the victims and their families”.

Offshore gaming is divided into two main categories. In online gambling, small-time bettors gather at cyber tables that can accommodate 500 gamblers at a time. Then there is proxy betting, its richer, better-dressed cousin, where high rollers communicate with staffers wearing headsets at baccarat tables in offshore casinos. Proxy betting now accounts for 40% of the $1 billion VIP gaming market in the Philippines, according to brokerage CICC.

The ban on junkets using Macau as a settling platform for overseas gambling services kicked in from Aug. 1, said the people, who asked not to be identified as the order has not been made public. Macau’s Gaming Inspection and Coordination Bureau declined to comment on the directive sent to junket operators.

Junkets and Macau-based casinos with operations in Southeast Asia are already starting to halt proxy betting and video gaming services. Concern over the crackdown has hit Macau casino stocks, with a Bloomberg Intelligence index of the biggest companies down 15% since the first critical media reports were published on July 8.

The halt reduced the amount of incoming bets, which total about $230 billion annually, by around 10%, a person familiar with the matter said, asking not to be identified as the information is not public.

Melco Resorts & Entertainment Ltd., one of Macau’s biggest gaming operators, asked its junket partners to stop all proxy betting at its Manila resort last month on concern it could face reprisals in Macau, according to people familiar with the move. The regulator is set to renew casino licenses in the territory next year, for the first time in two decades.

Proxy betting is a channel for money laundering, according to a 2017 U.S. government report, because the practice allows players to conceal their identities. Some Philippines lawmakers want casinos to be placed on a list of institutions monitored for money laundering due to high profile incidents, like a 2016 heist of $81 million from Bangladesh’s foreign reserves, which were routed through a Philippine casino, a junket operator and a gaming-room promoter.