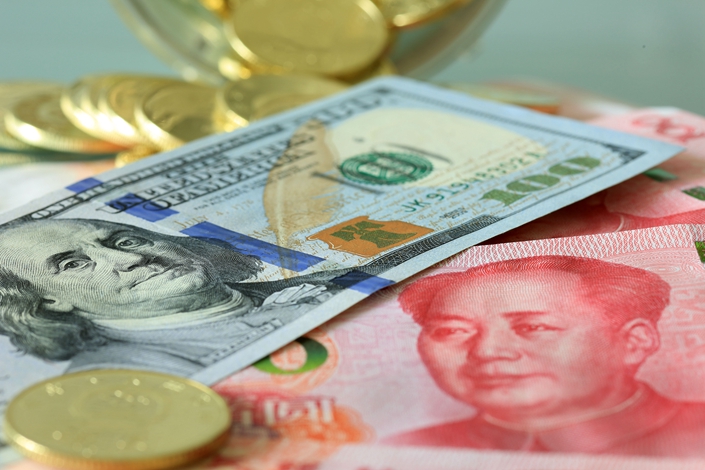 Pan’s words come as the trade war between the world’s two largest economies has intensified, leading the yuan to weaken to an 11-year low. Photo: IC Photo

The yuan won’t suffer out-of-control depreciation, and the foreign exchange market will return to trading on fundamentals after a temporary shock, a central bank official said Monday in a response to the U.S.’ move to label China a currency manipulator.

The resilience of China’s economy provides a sound foundation for the stability of the Chinese currency’s exchange rate, Pan Gongsheng, a deputy governor of the People’s Bank of China, said in an article (link in Chinese) published on the website of Financial News, a central bank-backed newspaper.

Pan’s words come as the trade war between the world’s two largest economies has intensified since the beginning of this month, leading the yuan to weaken to an 11-year low.

On Aug. 1, U.S. President Donald Trump threatened in a tweet to impose new tariffs on more Chinese goods. Over the next two trading days, Aug. 2 and Aug. 5, the onshore yuan depreciated 1.9% against the greenback. Both the onshore and offshore yuan broke through the 7-per-dollar level on Aug. 5, hitting their weakest points since 2008. On Aug. 6, the U.S. government branded China a currency manipulator for the first time in more than two decades.

The recent short-term adjustments of the yuan’s exchange rate are a “spontaneous stress response” to unexpected threats of more tariffs, said Pan, who’s also administrator of the State Administration of Foreign Exchange. “The yuan is still a strong currency,” he said.

Pan called the U.S.’ move to brand China a currency manipulator a “political operation” amid protectionism and unilateralism. It’s part of Washington’s tactics to increase economic and trade frictions with China, and reflects the opacity and arbitrariness of its policy evaluation, he said.