Tech Suppliers Move Out of China Amid ‘Painful’ Trade War 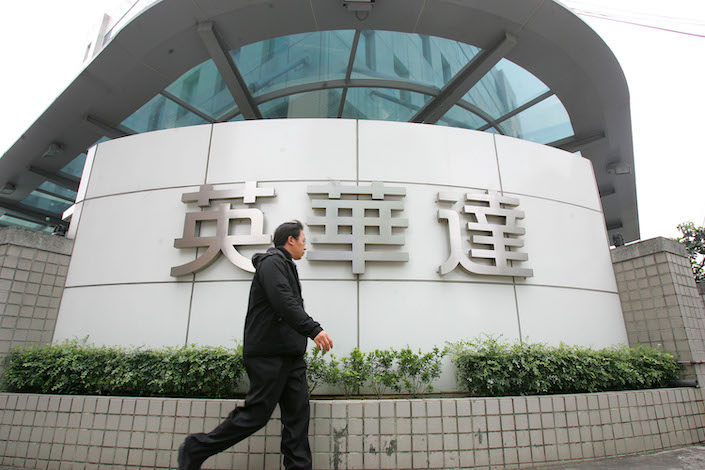 Inventec said it will move its American-bound laptop operation out of the Chinese mainland on trade-war concerns. Photo: Bloomberg

(Bloomberg) ― HP Inc. laptop maker Inventec Corp. will shift production of notebooks for the U.S. market out of the Chinese mainland within months, the company said, adding to the tech industry’s exodus as the world’s two largest economies escalate their trade war.

Inventec will move its entire America-bound laptop operation to its home base of Taiwan, President Maurice Wu said. It would be the biggest migration since President Donald Trump declared Aug. 1 that tariffs on $300 billion a year of imports from China would kick in next month, although Trump later delayed some of the new duties until December.

Inventec wants to complete the wholesale transition within two to three months, Wu told investors on a post-earnings call Tuesday. Wu’s company assembles Apple Inc.’s AirPods and produces notebook computers for HP, accounting for an estimated third of its revenue.

From Inventec to Apple assembler Hon Hai Precision Industry Co., Taiwanese companies that make most of the world’s electronics are reconsidering their reliance on the world’s No. 2 economy as Washington-Beijing tensions simmer. Rising tariffs on Chinese-made products threaten to wipe out their margins and upend a well-oiled, decades-old supply chain.

Microsoft Corp., Amazon.com Inc., Sony Corp. and Nintendo Co. are said to be among those now weighing their options away from the line of fire, such as Southeast Asia and India. Alphabet Inc.’s Google has already shifted much of its production of U.S.-bound motherboards to Taiwan, Bloomberg News reported.

“The trade war is very painful for us,” Wu said, concluding a call during which executives shared how production shifts have hurt the company’s efficiency and margins.

Inventec’s production move marks one of the most dramatic relocations since Trump announced his decision to slap 10% tariffs on $300 billion of Chinese imports — including consumer goods from smartphones to notebooks. Spurred on by clients that include household names like Dell Technologies Inc. and Nintendo, many Taiwanese contract manufacturers are now drawing up contingency plans, shifting select assembly operations or exploring alternative venues.

On Tuesday, Compal Electronics Inc. Chief Executive Officer Martin Wong said his company, a rival to Inventec, has also moved some notebook lines to Taiwan and was considering investing more in Vietnam should tariff conflicts persist.

U.S. companies, long accustomed to using China as the world’s workshop, are looking to get out of the line of fire as tensions run high and Beijing shows a willingness to clamp down on foreign companies within its borders. It’s a shift that may herald a broader, long-term trend as Beijing and Washington continue to spar over everything from market access to trade.

The trade war is disrupting a complex global supply chain involving countries beyond just China and the U.S. Many components that go into devices aren’t made in the U.S., despite being designed there. A phone chip designed by Apple may come out of a factory in Taiwan, then be prepared for integration into a circuit somewhere else, before being shipped to China for assembly into an iPhone.

Still, few major manufacturers have moved output in truly significant volumes, and China’s status as the world’s production base for electronics is unlikely to diminish anytime soon. Foxconn Technology Group has said it has enough capacity to make all iPhones bound for the U.S. outside the Chinese mainland if necessary, although Apple has so far not asked for such a shift.