U.S. Delays Some New Tariffs on China Goods Until Mid-December 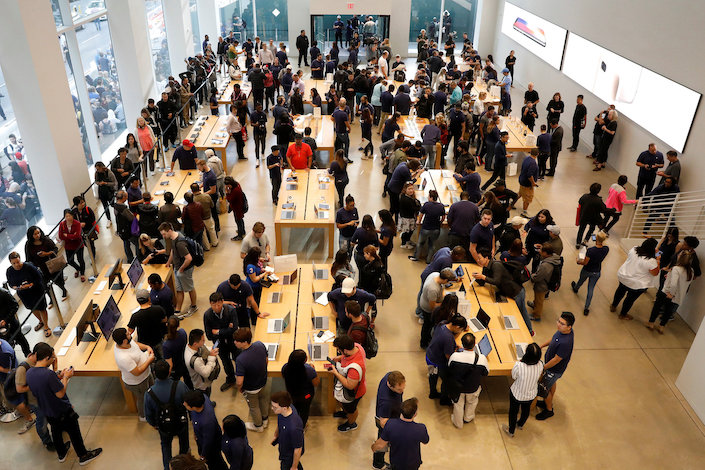 The delay affects some of the $300 billion a year of additional Chinese goods on which President Donald Trump vowed to levy 10% tariffs starting Sept. 1. The new duties are an escalation of the trade war between the world’s two largest economies, coming in addition to 25% tariffs on about $250 billion of Chinese goods imposed since last summer.

While some of the duties will take effect Sept. 1 as planned, certain products are being removed from the list “based on health, safety, national security and other factors,” the U.S. Trade Representative’s (USTR) office said in a statement.

“Further, as part of USTR’s public comment and hearing process, it was determined that the tariff should be delayed to Dec. 15 for certain articles,” the office said.

The exempted products include cell phones, laptop computers, video game consoles, certain toys, computer monitors, and certain items of footwear and clothing, according to the USTR.

China “solemnly” opposed the planned Sept. 1 tariffs, and the two sides agreed on another conference call in two weeks, according to the ministry.

News of the partially delayed tariffs pushed up stocks in the U.S. The Dow Jones Industrial Average closed up over 370 points, or 1.4%. The S&P 500 Index spiked nearly 1.5% while the Nasdaq gained 1.95%.

Tech stocks whose products got the temporary reprieve enjoyed bigger gains. Apple jumped as much as 5.2% shortly after the news, its biggest one-day percentage gain since July. Chipmaker Micron Technology rose as much as 6.2% in the morning while electronics retailer Best Buy climbed 8.3%.

“Now, it’s more important than ever that the two sides return to the negotiating table and recommit to achieving progress towards a comprehensive, enforceable agreement,” said Neil Bradley, executive vice president and chief policy officer of the chamber, in a brief statement.

The National Retail Federation in Washington said it was “pleased the administration is delaying some tariffs ahead of the holiday season and acknowledging the impact on American consumers.”

“Still, uncertainty for U.S. businesses continues, and tariffs taking effect Sept. 1 will result in higher costs for American families and slow the U.S. economy,” federation Senior Vice President for Government Relations David French said in a statement. “We urge the administration to develop an effective strategy to address China’s unfair trade practices by working with our allies instead of using unilateral tariffs that cost American jobs and hurt consumers.”

Tensions between China and the U.S. flared again in recent weeks as Trump announced Aug. 1 the new duties on Chinese products even as negotiators laid plans for further talks, ending a truce he made with President Xi Jinping in June at a meeting in Japan. Last week, the U.S. Treasury Department formally labeled China a currency manipulator after the yuan broke the psychologically important 7-per-dollar mark. Beijing responded by calling the decision an act of “protectionism.”