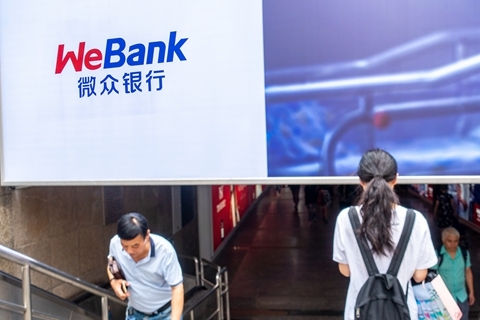 The penalty was the first imposed on WeBank since its founding in 2014. Financial regulators have been conducting a crackdown on bank lending violations focusing on the misuse of consumer loans. Several other banks, including China Guangfa Bank and the Agricultural Bank of China, have also been fined for breaches in personal lending over the past two months.

The Shenzhen branch of the China Banking and Insurance Regulatory Commission in an inspection launched last year found that some WeBank employees used consumer loans from the bank to invest in stock and futures trading, violating industry rules, sources told Caixin.

Related: Tencent-Backed WeBank Has No Listing Plans, Despite Being Approached for IPO