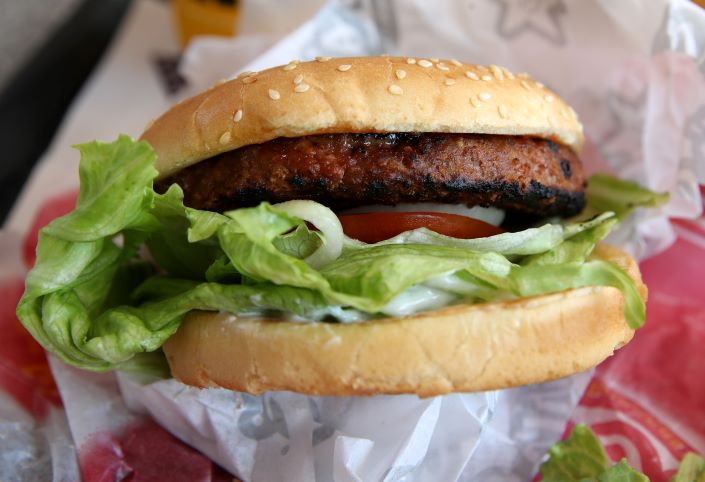 Chinese companies are racing to bring synthetic meat to local foodies, reaching out to potential consumers even before any products have made their commercial debut in the country.

Visitors will be invited on Sept. 12 to try “Omnipork,” a plan-based meat product developed by Hong Kong startup Green Monday, at the annual “Taobao Maker Festival” hosted by Alibaba’s e-commerce platform Taobao, Alibaba said. This will be the first time the product is available to mainland customers.

Most forms of synthetic meat currently available use vegetable protein as an alternative to animal protein while adding in substances like heme to mimic the taste and texture of real meat. Synthetic meat makers aim to achieve a nutritional value similar to real meat in terms of protein content.

Related: In Depth: The Meaty Taste of Meatless Food of the Future