Businessman Gets Probation for Surrogacy Bribe

By Yang Xi and Ren Qiuyu 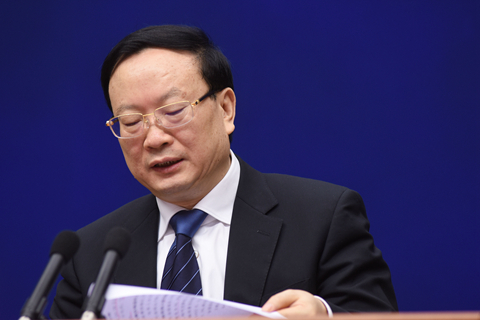 A Chinese businessman was sentenced to two years of probation for bribing a top Chinese official with surrogacy services in exchange for help in obtaining 930 million yuan ($132 million) in government subsidies for series of lithium battery projects.

Guan Chengshan, the primary controller of two Shandong-based companies, confessed in court this week that he and his girlfriend asked Wang Bao’an, then working at the Ministry of Finance, for help in getting state funding for two projects approved in 2009 and in 2011, according to court documents. During his discussions with Wang, Guan learned that Wang was desperate to have a son.

To thank Wang for his help in obtaining government subsidies for the two projects, Guan and his girlfriend, surnamed Peng, contacted surrogate agencies on Wang’s behalf and paid them fees of 3.46 million yuan, according to the criminal judgment of the court in Zhangjiakou, Hebei province.

The companies associated with Guan received government subsidies for projects producing materials for high performance lithium-ion power batteries. At the time, Wang was the director of the Ministry of Finance’s Department of Economic Construction, which oversees the budget for public investment in infrastructure.

Wang, who was sentenced to life imprisonment in 2017 for accepting more than 153 million yuan in bribes, confessed in his testimony that Guan had seized on his desire to have a son and offered to pay for surrogates.

According to CCTV, China’s government-backed central television network, surrogates bore Wang two boys, in May 2015 and in January 2016.

A week after the second boy was born, Wang, then 52 and the director of the National Bureau of Statistics, was placed under investigation by the Communist Party of China’s disciplinary and graft watchdog.

In addition to Guan’s probation, the two companies for which he procured subsidies, Heter Electronics Group and Shandong Shengong Heter Electronic Technology Co., Ltd, were both fined 800,000 yuan.

Wang was found guilty in June 2017 of abusing his positions at the Ministry of Finance to help individuals and companies obtain loans, approval for projects and land development as well as secure employment.