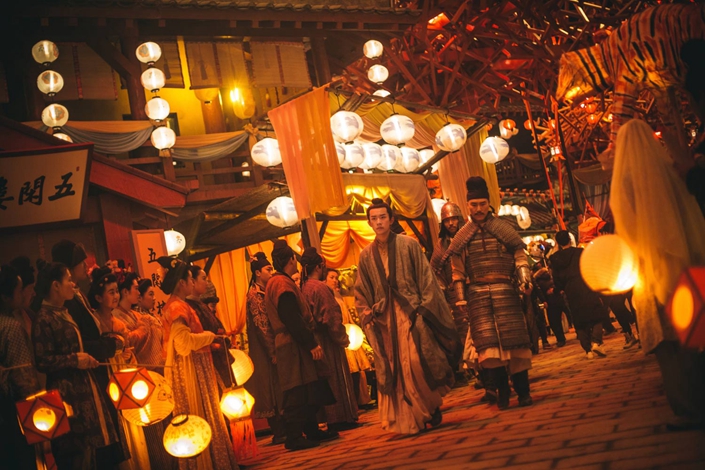 Content streaming site Youku spent big on a popular Chinese period action drama that echoes the structure of the U.S. smash hit “24.” Now, that investment appears to have paid off — at least according to the show’s creator.

After spending upward of 500 million yuan ($71 million) to buy the exclusive distribution rights to “The Longest Day in Chang’an,” a well-received Chinese web series centered on an attempted rebellion during the Tang Dynasty, the Alibaba-backed platform has turned a profit from the show, creator Lin Ning told Caixin in an exclusive interview.

Lin also revealed the 48-episode series, which concluded on Aug. 12, has been renewed for a second season expected to launch in 2021, and will get a theatrical release in 2022.

It’s a rare success for the money-losing streaming site, which has been fighting to gain market share from rivals iQiyi and Tencent Video. All three have pursued a strategy of licensing and producing high-quality, expensive content with strong production values. But they’re all believed to be deeply in the red after struggling to offset their costs with a “pay as you watch” business model in a country notorious for piracy.

Chang’an, which reportedly cost 600 million yuan to make, has won acclaim for its carefully replicated details of Tang Dynasty settings, costumes and style. The show received an average score of 8.4 out of 10 from more than 250,000 people on the review site Douban, making it one of this year’s highest-scoring domestic series.

Like “24,” which first aired on the U.S. network Fox in 2001, each episode covers a half-hour span of a single day. It features a densely packed plot that unfolds over the 24 hours of a Lantern Festival in China’s then-capital of Chang’an — modern day Xi’an — where the two leads must thwart a scheme to destroy the city.

Lin, who heads the production company Yuyue Culture, which co-produced the show, told the Caixin companies should invest in high quality content, since that tends to be the defining feature of top grossing shows.

But he said a lack of production talent in the industry is holding it back, claiming his company had multiple projects that have not been developed because of a shortage of people trained to do so.

A spokesman for Youku declined to confirm whether Chang’an had in fact turned a profit for the company.