By Mo Yelin and Qu Hui 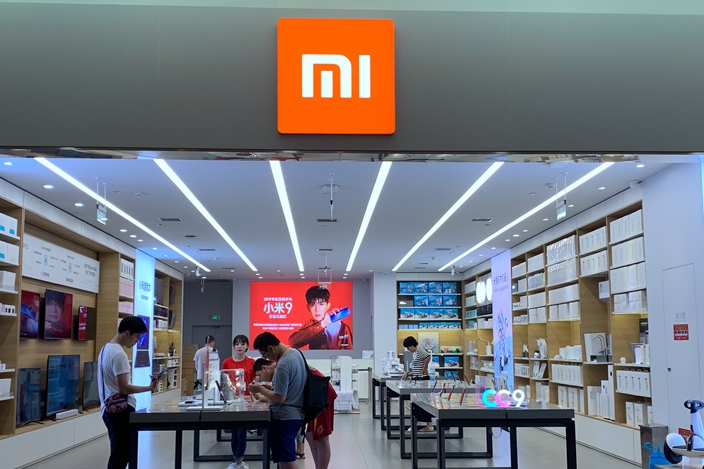 Investors gave Xiaomi Corp. the cold shoulder after the Tuesday release of its second-quarter earnings, in which the smartphone-maker struck an upbeat tone despite its income falling short of expectations.

During the three-month period ending June, Xiaomi’s adjusted net profit rose 71.7% to 3.64 billion yuan ($515 million), it said in a statement, highlighting the figure as “consensus-beating.”

Investors’ tepid response came as Xiaomi’s other financial metrics for the second quarter showed a more complicated picture of the company’s performance. Although the company’s revenue of 52 billion yuan ($7.4 billion) represented a year-on-year increase of 14.8%, that growth was the slowest since it went public last July.

Its net income for the quarter was 2 billion yuan, falling far short of the average estimate of 2.6 billion yuan in a Bloomberg poll of analysts. The difference in net income and adjusted profit owes to different treatment for share options that have changed in value based on international accounting standards and the standards that Xiaomi uses, said Chief Finance Office Zhou Shouzi in the Tuesday’s earnings’ conference call.

Investors’ lack of enthusiasm comes as Xiaomi’s share of the smartphone sector in China — its largest market — has continues to shrink as it loses out amid the rise of local competitor Huawei. For the second quarter, Xiaomi’s smartphone shipments in China plummeted 20% to 11.5 million units, giving it a 11.8% market share, down from a 13.95% slice in the same quarter in 2018, according to third-party industry tracker Canalys.

Amid this sluggish performance, Xiaomi has since the start of the year ramped up its efforts in the sector’s high-end segment, launching pricier products and spinning off the low-cost Redmi brand to shed the company’s image as a manufacturer of low-end smartphones.

The average sales price of its smartphones rose 5% over the quarter to 998.7 yuan per unit, boosting the revenue of Xiaomi’s smartphone business even as total global shipments remained flat.

While most of the company’s revenue comes from mobile handset, it also sells a variety of internet-connected electronics, including smart TVs, wristbands and air purifiers. Sales from such products rose 44% to 14.9 billion yuan for the second quarter, contributing 29% to its total revenue.

In its second financial report, Xiaomi also revealed that it has invested in a total of 270 companies as of June. These include three of its component suppliers — including semiconductor firm Espressif Systems Shanghai Co Ltd. — which were recently listed on China's new high-tech board under the Shanghai Stock Exchange, known as the STAR Market.