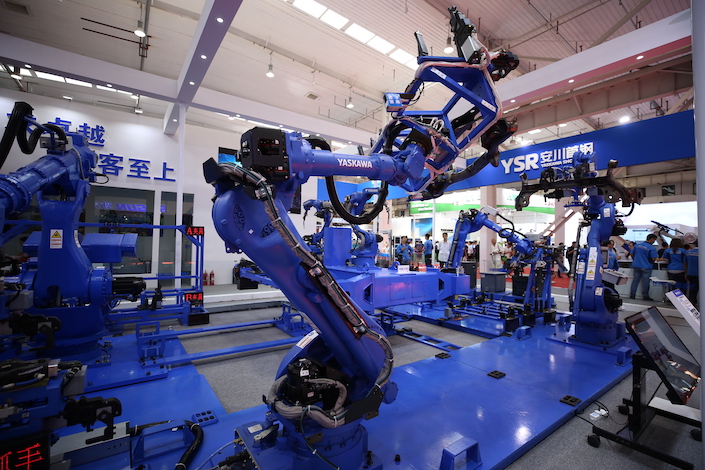 Xin Guobin, deputy head of the Ministry of Industry and Information Technology (MIIT), made the comments Wednesday during this year’s World Robot Conference, which is currently being held in Beijing.

Xin said that the global trade environment, fears of a downtown in the world economy, and the poor performance of China’s automakers — which use many of the country’s industrial robots — had led to predictions of lower growth and further industry reshuffles. He did not provide specific industry data.

China’s industrial robot companies are still in the “discovery stage,” where risks and uncertainties in the sector prevail, Xin added.

His bleak assessment was echoed by Qu Daokui, an executive at China’s leading robotics company Siasun Robot & Automation, which is affiliated to the Chinese Academy of Sciences. After China’s industrial robot market saw purchases dip for the first time last year, many companies went bankrupt, transforming the sector into a “mess,” Qu said, adding that the industry must now focus on quality over quantity.

Despite the doom and gloom, China’s overall robot industry still has strong growth potential, according to the latest report by the Chinese Institute of Electronics. During the first six months of 2019, the industry recorded total revenue of $4.25 billion, a number that is predicted to grow to $8.68 billion by the end of the year. Industrial robots will still be the driving force of the sector, with an expected contribution of $5.73 billion, said the report.