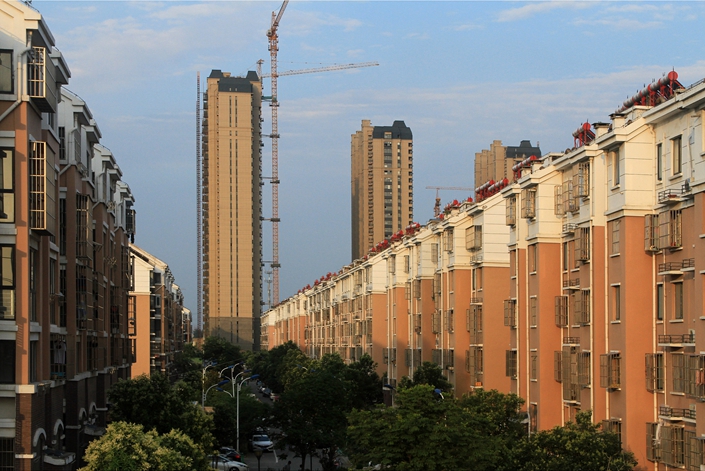 China’s central bank has announced that it has set a floor on rates for new mortgages that uses the country’s recently launched new national loan prime rates (LPRs) as a reference.

The change, part of new rules (link in Chinese) released Sunday for how banks set mortgage rates, represents something of a balancing act for the People’s Bank of China (PBOC), as it continues with its plan to make bank lending rates more responsive to market forces, while preventing the housing market from overheating, as it is prone to do.

The PBOC has introduced more market influence into how banks set mortgage rates by linking them to the redesigned national LPRs, which the central bank officially launched last week to replace its official benchmark rates as a reference for loan rates.

Under the new rules, which take effect on Oct. 8, new mortgage rates for first-home buyers should not be lower than national LPRs of the same maturity, according to the central bank statement. For the buyers of second homes, banks must set mortgage rates at least 60 basis points higher than the LPRs. A basis point is a one-hundredth of one percentage point. Any mortgage contracts signed before Oct. 8 will still be subject to the old rules.

The first five-year-plus national LPR, launched Tuesday, is 4.85%. At that rate, the minimum rate that a bank could offer on mortgages longer than five years would be 4.85% for first-time home buyers and 5.45% for second-home buyers.

“(The resulting minimum rates) are more or less the same as the actual lowest mortgage rates in China,” the central bank’s said in another statement (link in Chinese) said.

In July, the average mortgage rate for first-home buyers in 35 large Chinese cities was 5.44%, according to data from research institution Rong360. The lowest average rate was Shanghai’s at 4.84%.

Analysts said that mortgage rates will remain stable under the new rules, at least in the short term. “The new rules will prevent the property market from overheating while (the PBOC) tries to lower borrowing costs for companies,” said E Yongjian, a senior finance analyst of Bank of Communications Co. Ltd.

The new national LPRs, which are announced monthly, are more or less created by taking an average of what 18 designated commercial banks quote for their own LPRs — the rates they charge their most creditworthy borrowers. Banks should set their LPR quotes based on the medium-term lending facility, a kind of policy lending tool that can reflect commercial banks’ cost of borrowing from the central bank.

Although policymakers have emphasized the reform’s goal of bringing down corporate borrowing costs, PBOC Deputy Governor Liu Guoqiang said at a press conference Tuesday (link in Chinese) that mortgage rates will remain stable under the new rate regime. China will not make the real estate market a stimulus tool for the economy, he said.