By Ma Jia and Yang Ge 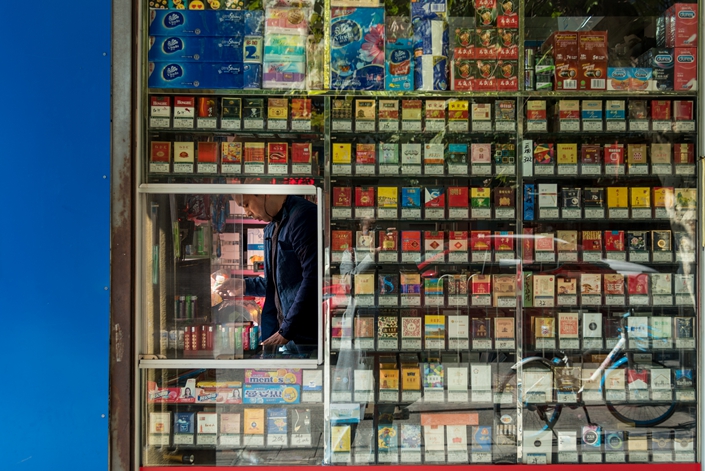 Four years after the introduction of amended rules on tobacco advertising considered China’s toughest yet in the war against smoking, related ads and other promotions remain common and are even on the rise, a new report finds.

Some 90% or more of sales points for tobacco products in the cities of Guangzhou, Zhengzhou, Chengdu and Hefei contained some form of related advertisements or other promotions, according to a report on the subject released Tuesday by the Chinese Association on Tobacco Control.

The report, which examined eight cities, 10 counties and townships and 741 sales points, found that 64.9% of sales points in cities surveyed had tobacco ads. The highest concentrations were in Guangzhou and Zhengzhou, where such ads and other promotional materials were present at 100% of sales points. Compared with a similar survey in 2016, the concentration of places with ads was up nearly 20%.

“The only motivation for all the tobacco industry’s advertising, promotion, and sponsorship is to promote tobacco products on a larger and larger scale,” said Wu Yiqun, a researcher at the ThinkTank Research Center for Health Development.

China’s tobacco advertising law was amended in 2015, becoming what many considered the strictest such law in the history of country where smoking is still common. The amended law prohibits tobacco ads at major events or venues such as transport centers, and also prohibits any such activity targeted at minors. Despite those efforts, some 26.6% of people age 15 and older were smokers, well off China’s target to bring the figure down to 20% by 2030, according to a 2018 survey.

In addressing the issue of smoking and young people, the report also pointed out that 3.9% of sales points sold tobacco products to minors. It found that 2.7% of such sales points were within 50 meters (164 feet) of elementary and middle schools.

The heavy presence of tobacco ads at places where the product is sold demonstrates that the anti-smoking law is not having the desired effect, said senior tobacco control expert Xu Guihua. The survey also looked at the growing popularity of electronic cigarettes, and Xu said the survey found that 23% of sales points surveyed in counties and townships were selling such products.

“It shows that e-cigarettes have penetrated into the most common counties and townships, and no study has shown that smoking e-cigarettes is safe,” he said.