By Su Huixian and Tang Ziyi 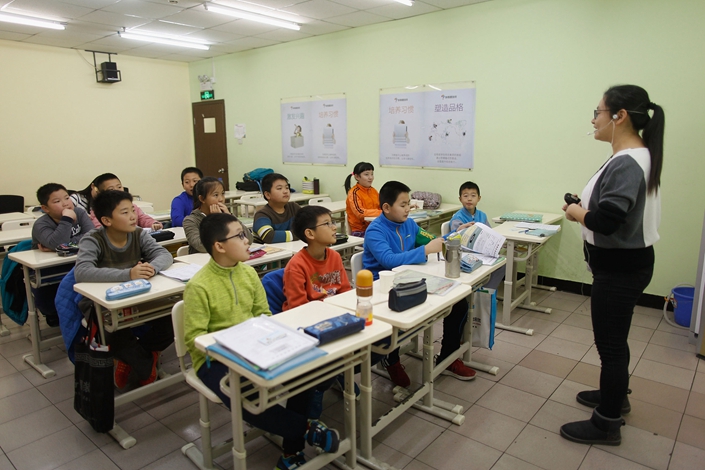 One of China’s largest private tutoring companies has made a foray into the U.S. as it looks to tap into rising demand from the surging number of Chinese students studying abroad.

In China, students are required to take a standardized test to apply to university. This exam score-focused assessment system has led to a domestic boom in private tutoring centers, as parents fight to improve their children’s chances of getting into an elite school.

Established in 2003, TAL rose to the prominence with its math courses amid a competitive industry where it trailed its rival, New-York listed New Oriental Education & Technology Group Inc.

In the first quarter of its 2020 fiscal year, which ends in May, TAL posted a $7.3 million loss, citing surging marketing expenses during its expansion. In comparison, it reported a profit of $66.8 million in the same period the previous year. Its latest first quarter revenue rose 27.6% year-on-year to $702.8 million.

But after-school education centers have seen demand slow in the domestic market since China’s Education Ministry undertook a policy to ease the schoolwork burden on Chinese students, whose parents often push them to take extracurricular classes. Seeking new revenue streams, TAL began to expand into new markets such as the U.S.

As of November 2015, 34,578 Chinese students were enrolled at American primary and secondary schools, a nearly fourfold increase from 2010, The Wall Street Journal reported.

In the autumn of 2017, around 360,000 Chinese students were enrolled at U.S. universities, where they made up more than 30% of the country’s international college students, according to data from the Institute of International Education.

TAL said it will offer math training courses for elementary school students to prepare for the American Mathematics Competition — an assessment tool used by some top American universities such as the Massachusetts Institute of Technology, said Luo Boshen, head coach of a championship team in the International Mathematical Olympiad, a worldwide math competition for high school students.

TAL is not the first Chinese private education company to expand overseas. In 2016, The Cathay School, based in the northern Chinese city of Tianjin, opened its first overseas tutoring center in Washington.