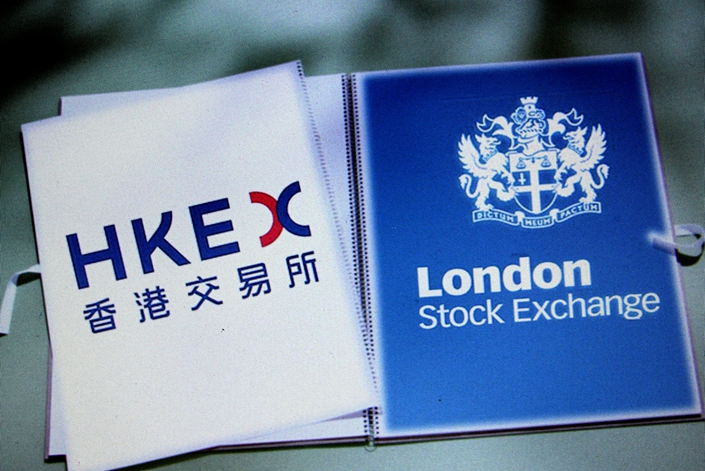 It caught world markets by surprise, but the Hong Kong Stock Exchange operator’s unsolicited 29.6 billion pound ($36.5 billion) bid for the London Stock Exchange Group (LSE) has been in the works for quite some time, its chairwoman told Caixin.

The move is in line with a strategic plan that Hong Kong Exchanges and Clearing Ltd. (HKEx) published in February and included an aim to expand its global connections, HKEx Chairwoman Laura Cha Shih May-lung told Caixin.

The proposition was first floated by the board of directors, and an initial framework for the offer was hammered out last September, Cha said.

A successful purchase would strengthen and expand the Chinese mainland’s stock markets, which are linked to Hong Kong’s via two connect programs, she added.

It would also have a positive influence on opening China’s market, said Cha, who was China Securities Regulatory Commission vice-chairman from 2001 to 2004.

Investors in the LSE operator were initially positive about the deal, bidding up the company’s London-listed shares nearly 6% on Wednesday after the announcement. HKEx investors were less impressed, with the company’s share price closing down 3.5% on Thursday.

The proposed deal would be HKEx’s second major overseas expansion. In 2012 it paid 1.4 billion pounds for London Metal Exchange, the world’s largest market for options and futures contracts on base and other metals.

HKEx said the LSE deal, however, could only move ahead if the London bourse dropped its plan to buy Refinitiv Holdings Ltd., a financial information provider.

LSE announced its plan to acquire Refinitiv on August 1 for $27 billion from private equity group Blackstone. Refinitiv had been part of Thomson Reuters before Blackstone.

“A long-time preparation, surprise offer, and swift move are to disrupt the transaction,” a senior mergers and acquisitions banker told Caixin.

The purchase of Refinitiv would have a negative influence on HKEx’s market value and its control over LSE as Refinitiv has a large amount of debt, the person explained. Therefore, to win the support of LSE’s shareholders, HKEx has offered a 22.9% premium.

The LSE said it would consider HKEx’s offer, which it called “unsolicited, preliminary and highly conditional.” It also said in a company release Wednesday it “remains committed to” acquisition of Refinitiv for which it would seek shareholder approval in November.