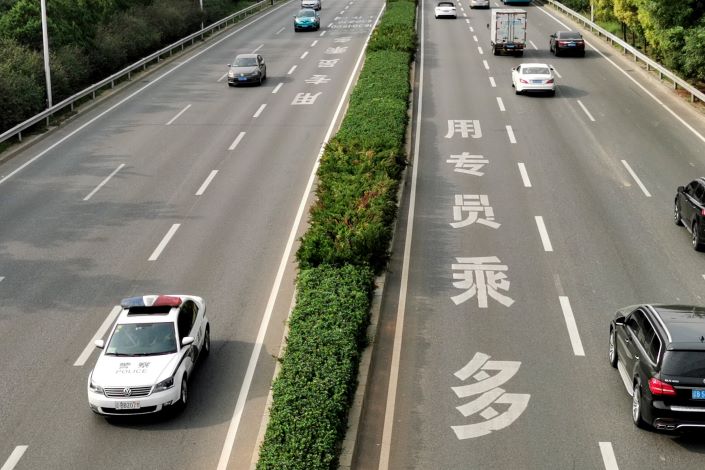 China’s automated taxi industry will reach a key inflection point for commercialization next year as a number of ride-hailing companies make the pivot toward self-driving cars, said Zhong Hua, vice president of smart-mobility startup WeRide, in a Tuesday interview with Caixin.

He made his remark came after WeRide said it planned to roll out hundreds of self-driving vehicles as part of a trial service in the southern Chinese city of Guangzhou by 2020, Zhang Li, WeRide’s chief operating officer, told Caixin.

Such vehicles rely mostly on automation, but still have a driver present as a precaution.

The Guangzhou-based company first unveiled its ambition to launch such vehicles in August when it formed a joint venture with the local municipal government and Guangzhou Baiyun Taxi Group, the largest cab company in southern China.

Several other Chinese ride-hailing companies — including industry giant Didi Chuxing and internet behemoth Baidu — also plan to roll out trial services of automated taxis by the end of next year.