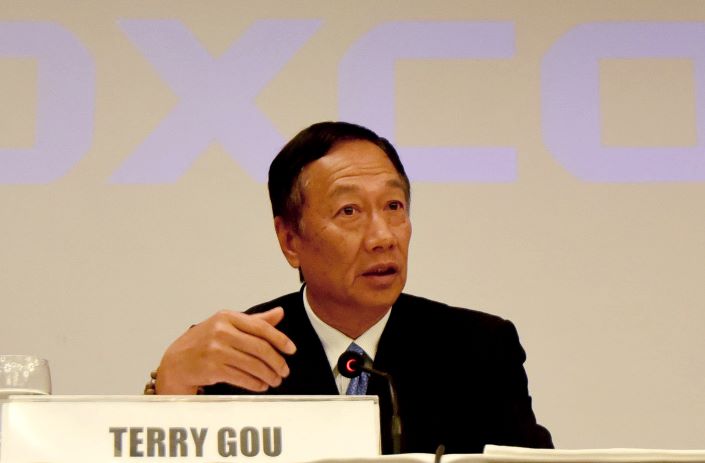 Terry Gou, the billionaire founder of Taiwan-based electronics behemoth Foxconn, has unexpectedly dropped his bid to become the island’s next leader just days after his formal withdrawal from an opposition party sparked speculation that he planned to run as an independent.

In a statement released by his office late on Monday night, Gou said he originally ran for election in the hope of uniting Taiwan society around the economy. “But since launching my campaign, I’ve seen some politicians fan populism by appealing to class, hate, and confrontation, for the sake of their own private interests,” he said.

Gou questioned whether those issues would disappear if he ran for the presidency or abandoned his bid, adding that he hoped that Taiwan could return to a “rational” policy debate when it chooses its next leader in January.

Gou would continue to engage with Taiwan politics and promote his policies, the statement added.

On Thursday, Gou formally renounced his membership of the Kuomintang (KMT), the opposition party under whose name he launched his leadership bid. The move had fueled rumors that he might run as an independent.

The firebrand businessman-cum-politician has been a divisive figure in the run-up to Taiwan’s elections, for example when he claimed after defeat in the KMT primary that the selection was biased toward the eventual winner, Han Kuo-yu.