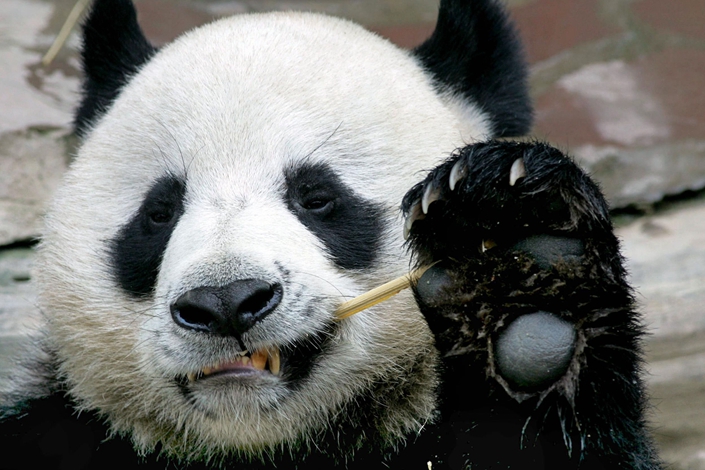 Chinese investigators were to arrive in Thailand on Thursday to look into the sudden death of a male panda, which has provoked nationalistic outrage on Chinese social media.

The Chinese consulate in Bangkok confirmed the death of Chuang Chuang the panda on Monday afternoon, with local media reporting he had collapsed shortly after eating a meal of bamboo. No cause of death has been given.

The consulate said officials from the China Conservation and Research Center for the Giant Panda would work with counterparts at the Chiang Mai Zoo, where Chuang Chuang was held, to determine the cause of death.

But Chinese social media users did not wait to pile on. “Please don’t loan any pandas to Thailand ever again!” wrote one. On Thursday, a hashtag related to the panda’s death had garnered 260 million views.

Chuang Chuang, who celebrated his 19th birthday in August, had been on loan to the Chiang Mai Zoo in northern Thailand since 2003 along with partner Lin Hui. The pair were part of China’s so-called “panda diplomacy” program, which “loans” out pandas for a span of 10 to 15 years for joint research and breeding efforts. The loan agreements are often used as diplomatic “gifts” and as a gesture of goodwill, and Chuang Chuang’s initial ten-year loan was extended for another decade in 2013.

Social media users accused Thailand of not treating the pandas as “national treasures” and called for Lin Hui to be immediately returned to China.

The pandas were a huge hit in Thailand, where their lives were broadcast 24/7 and they drew about 15 million visitors to the zoo in the past 16 years, generating income of around $10 million, the New York Times reported.

The couple caused a global stir in 2006 when the zoo announced it would show Chuang Chuang panda erotica to encourage him to mate with Lin Hui. A year later, zoo officials hypothesized that the celebrity couple had failed to hit it off because Chuang Chuang was too fat, weighing in at 150 kilograms (331 pounds) — in the wild an adult male panda typically weighs between 86 and 125 kilograms. He was placed on a strict diet in the hope of rekindling the romance.

Those efforts were unsuccessful and Lin Hui was ultimately impregnated through artificial insemination. She gave birth in 2009 to great fanfare.

Pandas are generally solitary animals, and little is known about their reproductive habits. It is very difficult to get them to reproduce in captivity, where only a handful of cubs are born each year. Under China’s panda loan program, cubs are usually returned to China a few years after they are born. Chuang Chuang and Lin Hui’s cub, Lin Bing, returned to a panda research and conservation center in Sichuan province in September 2013.

Pandas typically live for 14 to 20 years in the wild but can live up to the age of 30 in captivity, according to the World Wildlife Fund. In 2016, the species was upgraded from “endangered” to “vulnerable” thanks to a rebound in the giant panda’s global population. However, its natural habitat is still under considerable stress due to human destruction and climate change.

China has active panda loan agreements with 17 countries. In 2016, a male giant panda named Long Hui died of a stomach tumor at an Austrian zoo after having fathered five cubs. He was stuffed and returned to China at the request of the Chinese, and was replaced by a male panda of a similar age earlier this year.