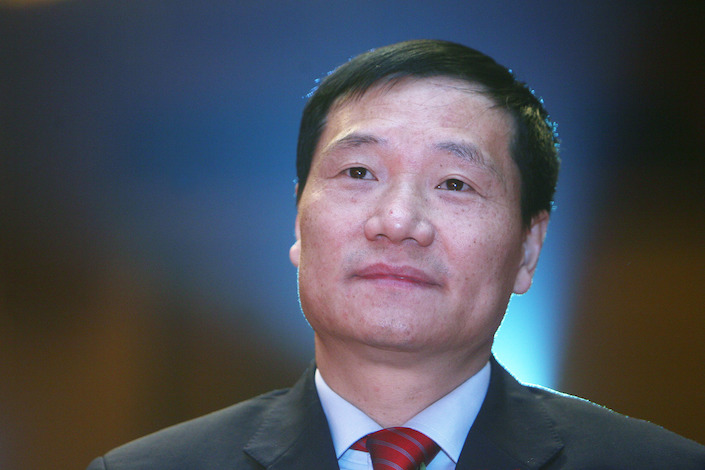 The former head of China’s securities regulatory commission disputed the idea that the circuit breaker mechanism he introduced caused the 2015 stock market crash. The collapse was “inevitable,” he said.

Xiao Gang, chairman of the China Securities Regulatory Commission (CSRC) from 2013 to 2016, is often blamed for the unprecedented market meltdown that eventually set off a global rout during his tenure.

For the first time in public, Xiao reflected on the lessons he learned from the crash during a 1½ -hour speech Wednesday night at China University of Political Science and Law in Beijing. Xiao is now a member of Chinese People’s Political Consultative Conference (CPPCC), the country’s top political advisory body.

Unlike previous slumps, the 2015 stock market crash was a liquidity crisis caused by too much leverage, which triggered widespread panic among investors when the market plunged, Xiao said. The former chairman acknowledged that the CSRC was aware of the leverage problem at the time and had actually checked the financing business of brokerages.

“But we didn’t follow through,” Xiao said, “We were not decisive enough because we wanted the bull market to keep going.”

China’s stock market experienced an astonishing rally the year before the crash, with the benchmark Shanghai Composite surging more than 150% from the start of 2014 to June 2015. The bull market attracted a flood of retail investors who poured borrowed money into stocks.

Credit Suisse estimated that the figure for borrowed funds invested in the stock exchange reached between 4.4 trillion yuan and 5.9 trillion yuan (between $621 billion and $833 billion at today’s exchange rate) before the crash, or between 6% and 9% of the Shanghai exchange’s entire worth.

The bubble popped on June 12, 2015, and the Shanghai index lost about a third of its value within a month. The government responded with a series of extraordinary interventions, including directing a group of state-backed investors, brokerages and funds to buy shares using nearly 2 trillion yuan supplied by the central bank.

The government bailout helped stabilize the market for three weeks before the Shanghai index fell again by 8.5% Aug. 24, 2015, putting all the bailout funds under water. The market experienced another sell-off in January 2016. Before Xiao stepped down as CSRC chairman in February that year, the Shanghai index had dropped 46% from its peak the year before.

Xiao defended the controversial government bailout as “absolutely necessary and correct.” Based on the situation at that time, it was the only realistic choice, he said.

“In 2015, the stock market itself faced the risk of collapse,” Xiao said. “Liquidity had dried up; mutual fund investors had started to redeem their shares; buying and selling were extremely unbalanced; and there was a confidence and trust crisis in the market, which was very likely to cause systemic risks.” If systemic risks had materialized, banks would have been the hardest hit, Xiao said.

Looking back, he said that while the government didn’t intervene to profit, it stood to benefit eventually from buying shares at low points as they would surely appreciate over the next couple of years.

In the process of crisis management, there were some drawbacks, Xiao said. He called for establishing a normalized crisis response mechanism to specify the standard for the government to initiate a bailout.

“Not only the stock market ― other financial markets may also experience turbulence. This is inevitable,” Xiao said,

The regulator shouldn’t use the rise and fall of the stock market as a standard when assessing market development, Xiao said.