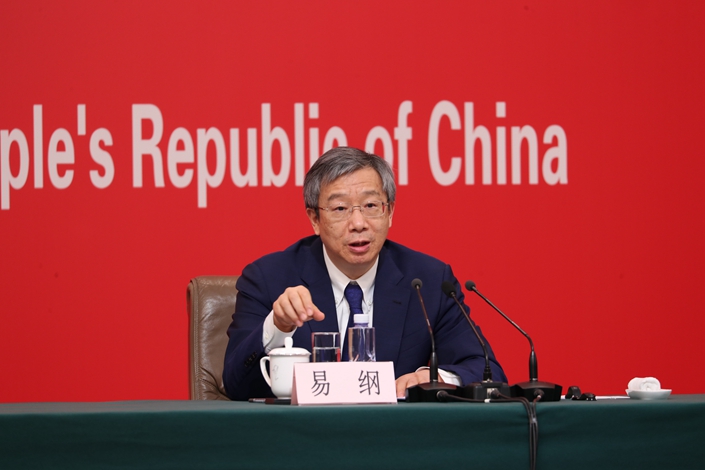 China will not flood its economy with liquidity as many economies around the world ease monetary policy, its central bank chief said Tuesday.

“We are not in a rush to conduct relatively large-scale rate cuts or quantitative easing like some other central banks have done,” People’s Bank of China (PBOC) Governor Yi Gang said (link in Chinese) at a press conference in Beijing.

Yi said China will continue to balance economic expansion and growth in the money supply with stabilizing leverage across the economy and keeping debt under control.

China has kept the one-year rate for loans from the PBOC’s medium-term facility (MLF), a key interest rate affecting banks’ loan pricing, unchanged this year. In contrast, the U.S. Federal Reserve has cut benchmark rates twice this year and the European Central Bank has reduced the deposit facility rate by 10 basis points to -0.5% and has decided to resume its quantitative easing measures to stave off a looming recession.

At the press conference, Yi said China’s interest rates are at an appropriate level, though he added that there is room for fine-tuning depending on the state of the economy and level of inflation.

Earlier this month, the PBOC lowered the reserve requirement ratios (RRRs) by 50 basis points for all banks. This cut plus two targeted RRR cuts scheduled for the next two months will free up around 900 billion yuan ($126.35 billion) for long-term lending.

This year, China has cut corporate taxes and fees and has revamped how banks price loans. Finance Minister Liu Kun said at the press conference that the government’s tax and fee cuts will total more than the 2 trillion yuan policymakers had originally expected, though he did not specify by how much. He added that the manufacturing sector was the largest beneficiary of the tax cuts.