By Lin Jinbing and Peng Qinqin 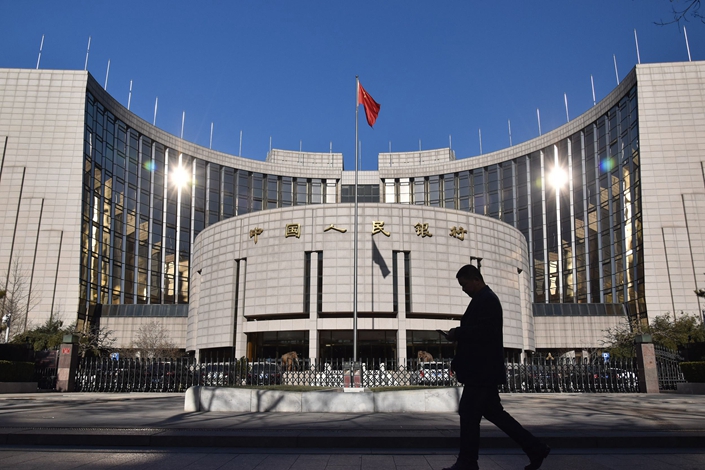 The national interest rate that Chinese banks now use as a reference for pricing one-year loans edged down 5 basis points to 4.2%, official data showed Friday.

Friday’s release was the second release of revamped national LPRs.

The five-year-plus national LPR, a reference for pricing loans with the same maturity such as most mortgages, remained unchanged at 4.85%, according to data from the China National Interbank Funding Center, an entity under the central bank.

Last month, the People’s Bank of China (PBOC) made its most recent step toward liberalizing how interest rates are set by ordering lenders to use the national LPRs, rather than its benchmark lending rates, as a reference for setting loan rates. The national LPRs, updated on the 20th day of each month, are determined by averaging 18 designated commercial banks’ LPR quotations — the rates they charge their most creditworthy borrowers — after discarding the lowest and the highest quotes.

The change aims to liberalize interest rates by giving the market more influence.

After the central bank goes ahead with two targeted RRR cuts scheduled for each of the next two months, the three cuts will reduce banks’ funding costs by an estimated 15 billion yuan ($2.1 billion) a year in total, which in turn will encourage lenders to lower actual interest rates, the central bank said (link in Chinese) earlier this month.

The lower one-year national LPR could lead to lower actual interest rates, dampening banks’ profits from loans. Lenders may need to do some “national service” by lowering their average loan rates, but then try to make up for their lower profits by hiking rates on riskier loans, such as those to private enterprises and small businesses, economists with Nomura International (Hong Kong) Ltd. said in a note on Aug. 20.

However, the 18 banks have been reluctant to change their quotations for their five-year-plus LPRs because regulators have tightened bank lending to the real estate sector, Wang told Caixin.

Beijing aims to avoid releasing a flood of credit into the financial system, Nomura economists said in a Friday note. Instead policymakers favor targeted monetary easing for some sectors of the economy, though not real estate.

In a move to prevent the property market from overheating, the PBOC has set a floor on interest rates for new mortgages. Starting Oct. 8, mortgage rates for first-home buyers cannot exceed the national LPRs of the same maturities. The central bank also required that mortgage rates for buyers of second homes must be at least 60 basis points higher than corresponding LPRs.

Although the PBOC on Tuesday didn’t cut the one-year interest rate on its medium-term lending facility (MLF) loans, multiple economists still forecast rate cuts in the near future.

The MLF is a policy lending tool that the central bank uses to manage liquidity in the financial system, and its rates reflect commercial banks’ costs of borrowing from the central bank. The 18 designated banks decide their LPR quotations by adding basis points to the one-year MLF rate in multiples of 5.

“Bank loans rates are unlikely to move down much further until the PBOC does more to pull down funding costs for banks,” economists with research firm Capital Economics said in a Friday note.

Nomura economists said that they expect MLF rate cuts soon. The central bank might want to save such cuts for when economic headwinds worsen, they said.