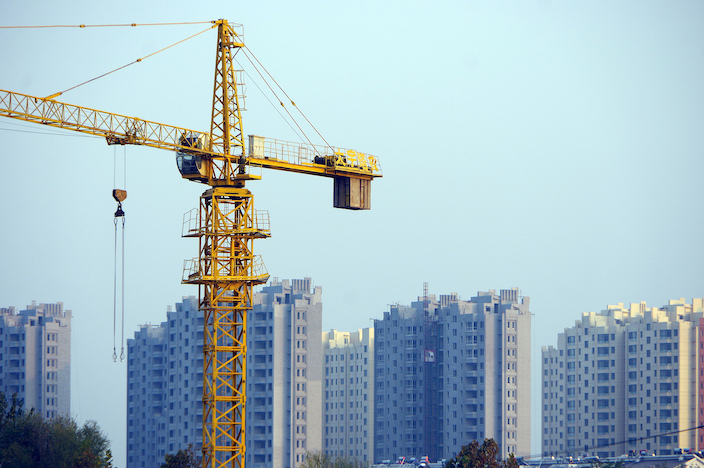 Regulators are telling China’s banks to limit lending to property developers and homebuyers even as policymakers are taking measures to shore up slowing economic growth, Caixin learned.

Since July, regulators have given banks so-called window guidance to control the scale and growth of loans to developers and mortgage borrowers, Caixin learned. Banks whose real estate development loans exceed a certain level were told not to extend new loans to developers.

Several branch presidents of state-owned Industrial and Commercial Bank of China said their branches have been told not to increase or even to cut real estate lending.

An executive at Shanghai Pudong Development Bank said the bank was told it can moderately increase real estate loans if it increases loans to manufacturers and small and micro businesses.

Since March, the central government has repeatedly emphasized that “houses are for living, not for speculation.” The banking and insurance regulator in July rolled out plans for inspections of 75 banks in 30 cities to crack down on violations in lending to property developers and homebuyers.

Real estate lending growth already slowed in the first half. At the end of the second quarter, outstanding loans to the property sector stood at 11.04 trillion yuan ($1.55 trillion), up 14.6% year on year but 4.3 percentage points lower than growth in the first quarter, data from the central bank showed. Outstanding loans to homebuyers were also down 0.3 percentage point from the first quarter.

Meanwhile, the central bank is encouraging banks to extend loans to sectors other than real estate.

Last Friday, the People’s Bank of China (PBOC) announced it was cutting banks’ reserve requirement ratios (RRRs) by 50 basis points, or a half percentage point, freeing up $126 billion of liquidity in the banking system to support the economy.